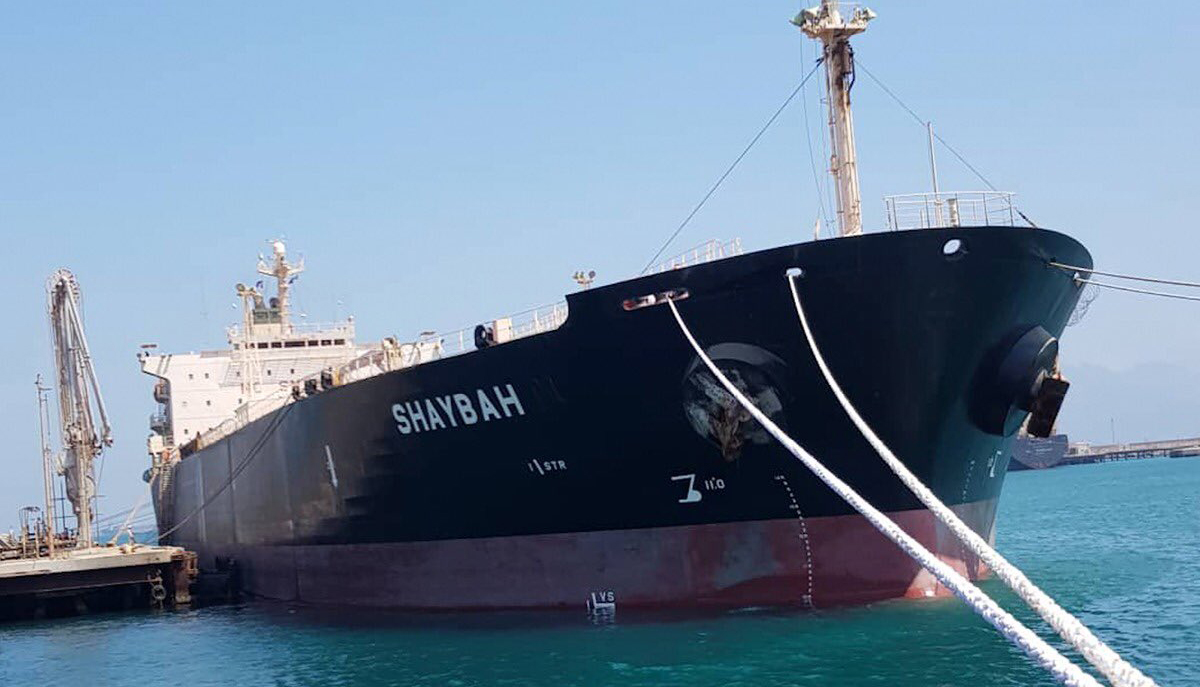 During the receipt of the grant in the precence of the Minister of Oil and Minerales in Yemen`s internationally recognized government, Auos Abdullah al-Awd said the Saudi ambassador to Yemen Mohammed Al Jaber that his country supports the implementation of several important projects in Aden and other governorates, including the rehabilitation of the Aden General Hospital.

Yemeni government sources told "Debriefer" news agency that the Saudi grant was earmarked for the city of Aden, as well as the neighboring provinces of Abyan and Lahj.

On Monday, arrived two steamships loaded with diesel and fuel oil from Saudi Arabia at the oil port of Burayqa , west of Aden, at a cost of 60 million dollars, with a diesel shipment of about 62,000 metric tons and Diesel fuel of about 25,000 metric tons.

The ambassador said during the handover of the grant: "You all see the destruction of the Huthi militias backed by Iran, and you see the reality of the development and reconstruction of Saudi Arabia. The difference between the two visions is clear. Iran is devoting time and resources to the smuggling of missiles and warriors, while the Kingdom is working on the comprehensive construction of everything Yemen needs.. "

The Yemeni government and the Saudi Program for the Development and Reconstruction of Yemen agreed to start distribution of the Saudi grant in coordination with a local committee composed of a representative independent of the oil company, a representative of the program and representatives of the General Electricity Corporation, the Central Organization for Control and Accounting, the Chamber of Commerce and civil society organizations.

Each local committee will visit the dedicated power stations to receive the shipments, check the meters and verify the amount of fuel supplied from the Saudi grant.

Yemen and Saudi Arabia signed a memorandum of understanding (MoU) on August 12 to supply power plants in Yemen with oil derivatives worth $ 60 million per month for a period of three months.

The grant comes as an attempt by the Yemeni and Saudi governments to absorb popular anger in some of the southern Yemeni provinces due to the increasing power cuts and the worsening living conditions in the country.