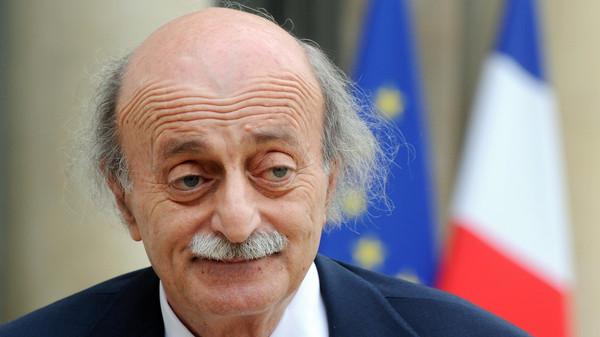 Lebanese Druze leader Walid Jumblatt on Friday voiced fears for Lebanon’s currency if the deadlock in forming a new government after a May election continues, and directed blame at the Iran-backed Hezbollah group for the delay.

Lebanon’s rival parties have been unable to clinch a final deal on the distribution of cabinet seats in a new national unity government under prime minister designate Saad al-Hariri.

“What worries me is that the continuation of the current crisis will lead to a deterioration in the pound and economic ruin,” Jumblatt was quoted as saying in the daily Jumhuriya newspaper.

While politicians have often warned of the risk of an economic crisis in Lebanon, public expressions of concern for currency are rare. Lebanon is facing stagnant economic growth and the world’s third largest public debt to GDP ratio.

Central bank governor Riad Salameh has repeatedly said the Lebanese pound, pegged at its current level of 1,507.5 to the dollar for two decades, is stable and not at risk, helped by the central bank’s high foreign currency reserves.

International institutions including the World Bank and International Monetary Fund have warned that Lebanon’s debt - one of the world’s highest - is unsustainable and the country urgently needs a government to enact fiscal reform.

Salameh said on Wednesday that a new government would increase market confidence.

The heavily armed Shi’ite group Hezbollah wants one of its Sunni allies to be given a cabinet portfolio to reflect gains they made in the election. Hariri, Lebanon’s main Sunni leader, has objected to this demand.

Jumblatt was quoted by Jumhuriya as indicating Hezbollah’s position demanding its Sunni allies take a cabinet role was a result of the United States, which has backed the Lebanese government, reimposing sanctions on its ally Iran.

“Lebanon is paying the price currently... The obstruction in forming a government through fabricating the Sunni problem comes in the context of Iran and Hezbollah’s reaction to the latest American sanctions,” he was quoted saying.

President Michel Aoun met on Friday with the Hezbollah-allied Sunni MPs, who are also known for close ties to Damascus. Speaking after the meeting, Abdulrahim Mrad, one of the Sunni MPs, said they had asked Aoun to help find a solution.

Caretaker Finance Minister Ali Hassan Khalil said on Friday after meeting the government’s economic council that “strong political will” was needed to pass next year’s budget.

“We cannot delay this any longer and all the parties should therefore exert pressures for the quick formation of the government,” he added.