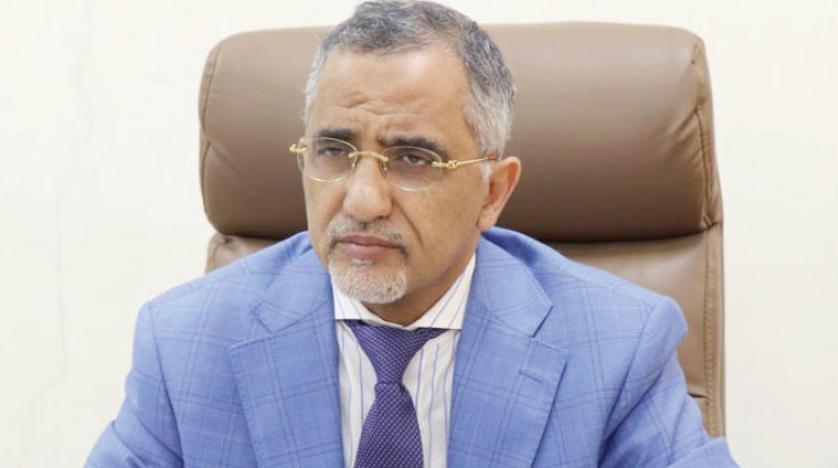 Governor of the Central Bank of Yemen criticized the UN envoy, Martin Griffith, who revealed his initial indifference to the country's economic situation, since his efforts focused on politics.

The internationally recognized Yemeni government-run CBY's official, Mohamed Zimam, stated that Griffith's team delivered a document to the bank in conflict with its autonomy and laws.

The Saudi-based al-Sharq al-Awsat paper reported the governor as saying "it is positive progress that Mr. Griffith has got convinced of economy's significant role in alleviating suffering of people."

According to Mr. Zimam, the IMF asked for staff members from Sana'a-based CBY to be included into the bank's team involved in diagnosing the bank's current position in order to develop a project that would improve its capacity in all Yemeni governorates.

He added that all arrangements have been finished to hold technical meeting for CBY leadership and its staff working in Sana'a, under supervision of IMF and WB.

At this time, he said, "the CBY received a proposal by the envoy's office that dissented from all arrangements. Still, it suggested points in conflict with CBY's laws and independence.. We are ready to keep cooperating within the Bank's Act and self-decision."

The governor said that his bank "has an account at the Bank of England, which was frozen for previous conditions. After CBY had resumed [function in Aden] and been recognized by all countries and most accounts had been reopened, we were surprised to receive a letter dated 3 October 2018 in which the Bank of England asked for political demands unrelated to banking and aimed only at denying Yemen using its funds to purchase food needed for its people."

Mr. governor called on UN organizations to review their measures in terms of pumping foreign monies, either via the CBY or under its supervision, to protect Yemeni rial's purchasing power.

He asked organizations to buy materials from local market. "This would create new jobs and boost private sector, through which more than 6 million people are sustained."

Yemen is divided for some four years and has been racked by armed conflict which broke out after the Iran-backed Houthis had ousted the internationally recognized government in late 2014.

Economy is one of the challenges faced by the internationally recognized Yemeni government.

The Yemeni economy saw in the last few weeks rapid downfalls as a result of declines in the local currency, among other causes, worsening living situations of already suffering people.

Despite Yemeni government efforts to halt economic deterioration, and the Saudi US$200-million grant for the CBY last October in addition to a Saudi deposit of US$ 2 billion last January, all those actions failed to limit currency decline and hike in food prices.

Yemen is facing the world's worst humanitarian crisis, according to the UN, as more than 22 million people (more than two thirds of the population) are in need for a type of humanitarian aid and immediate protection, including 8.4 million people unsure how to get next meal, and some 2 million children suffering severe shortage of nutrition.