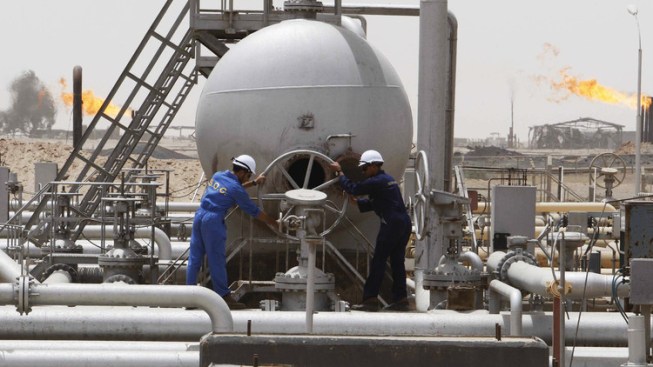 Hayan Abdul Ghani, head of state-run South Gas Co. (SGC), told reporters that Iraq’s gas output is expected to reach 1.3 million cubic feet per day by the end of 2020, an increase of 400 mcf/d from current levels.

“Iraq’s current production of gas is not enough to meet our power stations’ demand and therefore we are still importing gas from Iran. We need at least 24 months to operate new gas projects and start production,” he said.

The United States said last month that Iraq can continue to import natural gas and energy supplies from Iran for a period of 45 days as long as Iraq does not pay Iran in U.S. dollars. Sanctions on Tehran’s oil sector took effect on Nov. 5.

Baghdad is seeking to renew and extend the exemption as it needs more time to find an alternative source, Iraqi officials said.

Abdul Ghani said the expected rise in gas production would come from two new projects, including a $367 million deal with General Electric reached in April to process natural gas extracted alongside crude oil at two fields in southern Iraq.

Iraq is expected to sign another deal in early 2019 to build the Artawi gas plant in the south which is planned to produce around 300 mcf/d by end 2019.

“We are close to signing the Artawi gas project deal with one of the foreign companies in January 2019 to maximize our gas production,” Abdul Ghani said.

Abdul Ghani said Iraq is seeking to reach gas production of around 2000 mcf/d by the end of 2023, including 1.43 mcf/d from the Basra Gas Co. and additional 500 mcf/d from other future projects in the south.

State-run South Gas Co. is still in talks with U.S. energy company Orion Gas Processors over the economic and technical aspects of a final deal to capture and process 100 million to 150 mcf/d of natural gas extracted from Nahr Bin Omar southern oilfield, the SGC chief said.

On Jan. 22, Iraq signed a memorandum of understanding with the U.S. company to build facilities to capture the gas from the field located in southern Iraq and to transform it into usable fuels.