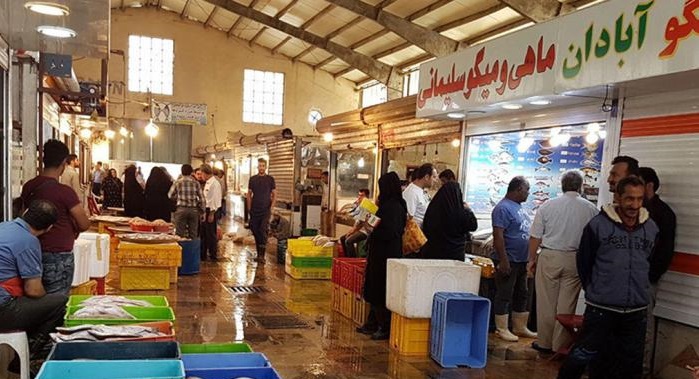 Food, medicine and other humanitarian supplies are exempt from sanctions Washington reimposed this year after US President Donald Trump said in May he was walking away from a 2015 international deal over Iran’s nuclear programme.

But the US measures targeting everything from oil sales to shipping and financial activities have deterred many foreign banks from all Iranian business, including humanitarian deals. Many smaller banks that had dealt with Iran under a previous round of sanctions have also stopped dealings this time. “There is no real chance of being paid using the existing mechanisms and many international traders are unable to do new business for the moment,” said one European source with knowledge of the situation, who declined to be identified.

Western and Iranian trade sources said US groups Cargill and Bunge, as well as Singapore’s Olam, were among those which could not conclude new export deals for wheat, corn, raw sugar or other commodities because Western banks would not process payments with Iran. Cargill, Bunge and Olam all declined to comment when contacted by Reuters.

US sanctions took full effect on Nov. 5 after a winding-down period, although Washington has issued temporary waivers for some of its allies which depend on imported Iranian oil.

Iran, which relies heavily on imported food staples, has years of experience working around U.S and other Western sanctions, which were progressively tightened between 2012 and 2015 until Iran reached a deal over its nuclear programme. Many sanctions were lifted in 2016 after the pact.

Under the earlier round of sanctions, Iran had turned to a dwindling number of foreign banks that continued to act as a conduit for payments to keep food and other trade flowing.

But this time round, many of those foreign banking channels are closing down. Three Iranian officials told Reuters that banking issues were to blame for halting food and other trade.

An official with Iranian Industry, Mines and Trade Industry said only a “handful of small European banks” with no or little interaction with the United States were still doing business with Iran, and they were only involved in small-scale purchases.

“We are in talks with Europeans to expand this network of banks and financial institutions,” the ministry official said.

“But right now, many companies including Cargill and Bunge have informed us about (banking) difficulties that will force them to stop their dealings with Iran,” he said.

Swiss lender Banque de Commerce et de Placements (BCP), one of those banks that had been involved in humanitarian-related dealings in the past, said in May it was suspending all new business with Iran. Washington blacklisted Germany-based Europaeisch-Iranische Handelsbank AG (EIH) in November, shutting out an institution that financial sources said had been involved in limited business with Iran between 2012 and 2016.

Several Western banks that had started business with Iran since 2016 have reversed course. Austria’s Oberbank, one of the first European banks to reach a deal on new business with Iran, said in June it was stopping. Other banks have followed suit, including Denmark’s Danske Bank and Germany’s DZ Bank.

Belgium’s KBC said in June it would limit Iran-related transactions to humanitarian trade.

The bank did not say if it was still processing such payments when asked by Reuters in December, but said it “reviews its policy on a regular basis in full respect of all relevant regulations”. Dutch bank ABN AMRO said it had facilitated transactions related to food, healthcare, medical equipment and agriculture to a limited extent and with specific clients. But it also told Reuters “the recent restrictive measures on Iranian banks do pose challenges.”

For many foreign banks, it is easier to end any Iranian activity than try to navigate the US sanctions rulebook and run the risk of slipping up and facing penalties, bankers said. “There is super caution now,” said a European financial source involved in Iranian transactions in the past, saying rules on food and other humanitarian dealings were complex. “If goods are shipped for instance to an Iranian distributor, who then sells them on and not directly to an end buyer, banks will increasingly look at such a transaction as commercial rather than humanitarian,” the source said.