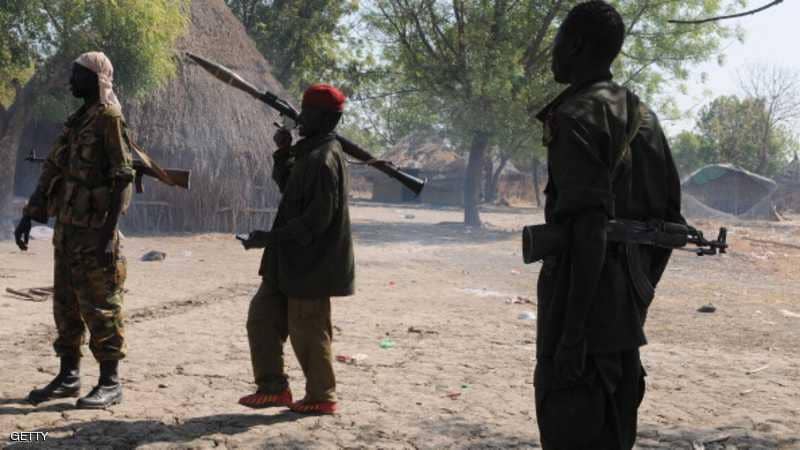 Saudi Arabia recruited children from Sudan's conflict-ravaged Darfur region to fight on the front lines in Yemen, the New York Times has reported.

The kingdom offered desperate Sudanese families as much as $10,000 to enlist their children to fight in the nearly four-year-old war against Iran-aligned Houthi rebels, the NYT said on Friday.

Led by Crown Prince Mohammed bin Salman, Saudi Arabia, along with the United Arab Emirates, intervened in Yemen in 2015 in support of the internationally recognised President Abd-Rabbu Mansour Hadi.

Five Sudanese fighters who had returned from Yemen told the NYT that children made up 20-40 percent of their units in Yemen.

Many of the child soldiers were aged 14 to 17, the report said, and were often sent off to war by their parents, some of whom were so eager for money that they bribed officers of the Sudanese units in Yemen to let their sons go to fight.

"Families know that the only way their lives will change is if their sons join the war and bring them back money," Hager Shomo Ahmed, who was recruited to fight in Yemen in 2016 when he was just 14, told the NYT.

At any time in the past four years, as many as 14,000 Sudanese people have been fighting in the Gulf country alongside Yemeni-armed groups backed by the Saudis, the newspaper said, quoting returnees as well as Sudanese legislators.

The NYT report said almost all of the Sudanese fighters apparently come from the impoverished region of Darfur, where some 300,000 people were killed after mostly non-Arab rebels rose up against Khartoum in 2003.

Most of them belonged to the Rapid Support Forces, a paramilitary group known as Janjaweed, which was blamed for the systematic rape of women and girls, indiscriminate killing and other war crimes.

The fighters told the NYT that while in Yemen, the Saudi and Emirati commanders overseeing the Sudanese units ordered them almost exclusively by remote control so that they could keep a safe distance from the battle lines.

"They never fought with us," Mohamed Suleiman al-Fadil said.

A 25-year-old fighter, identified as Ahmed, told the newspaper: "They treat the Sudanese like their firewood."

Hundreds of Sudanese fighters have been killed in Yemen, according to the report.

A spokesperson for the Saudi-led coalition denied recruiting Sudanese children in a statement to the newspaper, labelling the allegations "fictitious and unfounded".

The NYT said Babikir Elsiddig Elamin, a spokesman for Sudan's Foreign Ministry, declined to comment on troop levels, casualties or paychecks in Yemen. He told the newspaper that Sudan was fighting "in the interest of regional peace and stability".

The Sudanese ground troops have made it easier for the Saudis and Emiratis to extend the war in Yemen, by insulating them from casualties that might test the patience of families at home, the NYT said.

The war in Yemen has killed more than 60,000 people, according to the war monitor Armed Conflict Location and Event Data, and has pushed the already impoverished country to the verge of famine.

According to the United Nations, the conflict has triggered the world's worst humanitarian crisis.