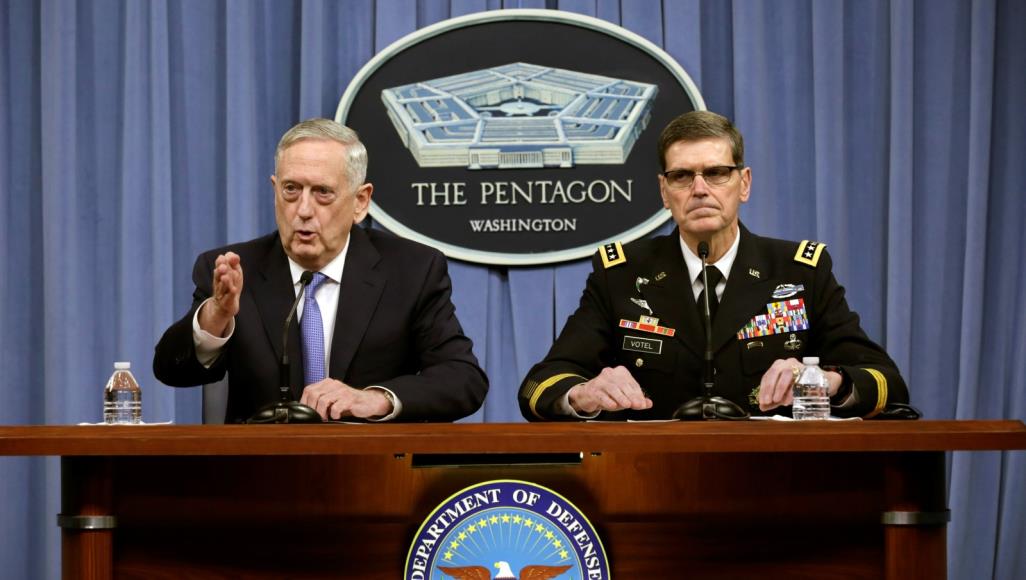 When the United Arab Emirates began drawing up new plans earlier this year to launch a risky operation to seize Yemen’s most-important port from Iran-aligned fighters, it turned to the U.S. military for help.

The response wasn’t what Emirati leaders were hoping for.

Emirati military officials detailed their plans for Gen. Joseph Votel‘s team at U.S. Central Command, which oversees American military operations in the Middle East, according to people familiar with the talks.

Gen. Votel warned the Emiratis that they would have a hard time seizing the Yemeni port, according to these people. And he told them the U.S. wouldn’t provide them with the minesweepers, drone surveillance and intelligence they wanted for the fight over the port of Hodeidah, which serves as the country’s main gateway for humanitarian aid.

That U.S. pushback in June played a key role in forestalling the Emirati offensive—and helped create vital diplomatic space for a special United Nations envoy on Dec. 13 to broker a breakthrough cease-fire during talks in Sweden. In the midst of alleged truce violations on both sides, U.N. monitors arrived in Yemen in the past week to try to keep the deal in place before a new round of talks planned for January.

The behind-the-scenes role played by Gen. Votel was backed by Defense Secretary Jim Mattis. Together, they have worked to temper Saudi and Emirati operations in Yemen, placing narrow limits on direct military support as they provided strategic advice to the Saudi-led coalition, according to Western and Middle Eastern officials.

Ultimately the efforts at restraint failed to assuage the U.S. Senate, which rebuffed Trump administration appeals and voted this month to cut off U.S. support for the war.

Both Mr. Mattis and Gen. Votel will be leaving their posts soon. Mr. Mattis is leaving Tuesday amid a disagreement over President Trump’s decision to withdraw U.S. forces from Syria. Gen. Votel is expected to retire early next year, after spending years in a key role on U.S. military strategy in the Middle East and South Asia.

Mr. Mattis has conferred regularly with Yusef Al Otaiba, the well-connected Emirati ambassador in Washington. He has held frequent talks with Martin Griffiths, the U.N. special envoy who brokered the recent peace deal. Mr. Mattis also spoke with Emirati Crown Prince Mohammed bin Zayed as negotiations gained momentum, according to people familiar with the call. The defense chief also made sure the U.S. military had an adviser on site for the talks in Sweden.

Gen. Votel also has played a key role, conferring with Saudi and Emirati military leaders about their battlefield plans, people familiar with the discussions said.

Their intervention, say key players in the conflict, was critical in moderating the Saudi-led coalition’s military moves in Yemen—and in pushing the U.S.’s Gulf allies into serious peace talks.

The Pentagon and Central Command both declined to comment on specific actions taken by Mr. Mattis and Gen. Votel in the run-up to the cease-fire. One senior administration official said Mr. Mattis had been “personally involved in helping to bring the conflict to a peaceful resolution.” Others said their roles had been invaluable.

“What they have done is incredible,” said one Western official. “They’ve been there every step of the way, doing a lot of the heaviest lifting. They’ve made it clear to everyone who matters that a political solution is the only way out of this senseless, tragic war.”

The war in Yemen has proven to be an outsize problem for the Trump administration, which has provided Saudi Arabia and the U.A.E. with advanced weapons, intelligence, military training and aerial refueling.

That support has done little to address systemic problems with the Saudi-led operation. Mr. Mattis and Gen. Votel repeatedly have expressed frustration with the Saudi-led coalition’s inability to minimize the number of civilians killed by its airstrikes.

In August, a Saudi coalition jetfighter mistakenly targeted a school bus in Yemen, killing 40 children. When Saudi Arabia defended the strike, Mr. Mattis and Gen. Votel warned their Gulf partners that they had to do something to avoid a cutoff in U.S. support, according to people familiar with the discussions.

Eventually, Saudi Arabia admitted it made a mistake and vowed to take steps to prevent another misguided airstrike.

Publicly, both Mr. Mattis and Gen. Votel have argued repeatedly that yanking U.S. military support would only make the problems worse.

But political opposition in Congress has grown. U.S. lawmakers from both parties were incensed by the Oct. 2 killing of Saudi journalist Jamal Khashoggi inside the Saudi consulate in Istanbul.

As congressional opposition grew to Saudi Arabia and to the war in Yemen, Mr. Mattis moved in early November to scale back American military support, cutting off U.S. aerial refueling for Saudi and Emirati warplanes.

That wasn’t enough to address concerns among senators, who called for a funding cutoff, then unanimously approved a resolution blaming Prince Mohammed for Mr. Khashoggi’s death.

The shifting political winds have helped change the calculus for the U.S. and its allies.

“There has been a consensus for several months about the need to reach a political solution in order to end the conflict in Yemen,” said Mr. Otaiba, the Emirati ambassador to the U.S. “These discussions played an important role in reaching this point.”

Mr. Mattis began devoting more time to Yemen in recent months as he sought new ways to bring the conflict to an end. He has met repeatedly with Mr. Griffiths, the U.N.’s special envoy.

“I probably speak to him on average of once every two weeks, either face-to-face or by phone; sometimes it’s several times in a week,” Mr. Mattis told reporters in late November.

In the case of Hodeidah port, Emirati officials asked the U.S. for direct military support, but Gen. Votel and officers at Central Command warned that an amphibious assault was risky, according to people familiar with the discussions.

A full-scale siege likely would have triggered widespread famine, cholera and deaths, experts have said.

For now, the port has continued operating at reduced capacity, U.N. officials have said, continuing to serve as a gateway for humanitarian aid to nearly three quarters of the country’s 28 million people.

Mr. Mattis is being replaced on Tuesday by Deputy Defense Secretary Patrick Shanahan, a former Boeing executive with minimal foreign policy or military expertise, who will serve as acting Pentagon chief until Mr. Trump appoints a replacement. It remains to be seen whether he will devote the same time and energy that Mr. Mattis did in trying to resolve the war in Yemen.