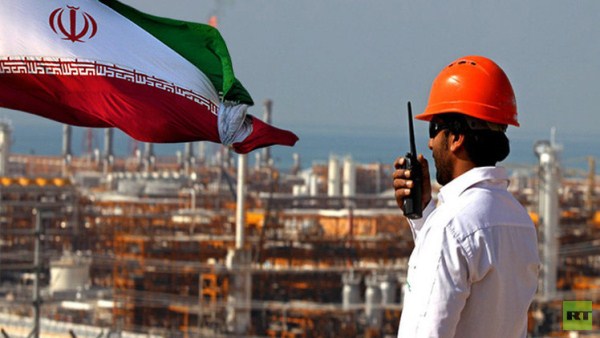 Iran will see its crude exports severely curtailed for a third month in January as it is struggling to find new buyers amid U.S. sanctions even though its traditional customers secured waivers, according to tanker data and industry sources.

Iran’s crude exports in November plummeted as sanctions kicked in to below 1 million barrels per day (bpd) from regular sales of 2.5 million bpd in April, taking them back to where they stood during previous sanctions in 2012-2016.

Buyers said plunging exports in November, which will severely hit the Islamic Republic’s budget revenues, were caused by a total lack of clarity of what volumes they were allowed to purchase under the new U.S. sanctions.

Washington later gave a fairly generous set of waivers to eight traditional Iranian oil buyers - including China, India, Japan and South Korea - to avoid a rally in oil prices, but the measure has failed to give a meaningful boost to exports.

According to sources at three companies that track Iranian exports, Iran’s crude shipments remained below 1 million bpd in December and are unlikely to exceed that level in January despite rising month on month.

“In January, I expect a slight uptick in the second half of the month with some Asian lifting resuming,” one of the sources said. “For the time being, I am penciling in around 900,000 bpd for January.”

One of the sources said actual shipments so far in January were running at about half that amount.

Regular buyer Taiwan said last year it was not yet buying Iranian oil despite receiving a waiver because of a lack of a clear payment mechanism.

Iran has said its exports have not declined as much as estimated by the industry because it was selling oil to new buyers. But it declined to disclose them because of a fear of new sanctions.

A restrained level of Iranian shipments would assist the new global push to cut oil supply in 2019 led by the Organization of the Petroleum Exporting Countries, from which Iran is exempt, and lend support to oil prices.

“We are forecasting slightly more than December, but not massive,” said a source at another company that monitors Iranian shipments, putting the month-on-month rise at below 50,000 bpd.

Iranian exports are higher if condensate, a type of light oil, is counted as well as crude. Kpler, another company that tracks oil flows, put Iranian crude and condensate exports at 1.35 million bpd in December.

Tracking Iranian exports has become harder since the sanctions began as ships switch off tracking systems, industry sources say, keeping some of the shipments hidden.

According to Refinitiv Eikon data, shipments including condensate plunged to about 650,000 bpd in December, although such figures are probably not counting all the tankers that switch off their AIS tracking signal.

Some buyers that stayed away in November are returning. Turkey has resumed imports of Iranian oil after a one-month hiatus in November, Reuters reported on Tuesday, at a volume less than half of the pre-sanctions amount.

Shipments were at least 2.5 million bpd in April, the month before U.S. President Donald Trump withdrew the United States from a 2015 nuclear deal with Iran and reimposed sanctions.

Tehran has vowed to keep exporting oil despite the U.S. effort to reduce its shipments to zero.