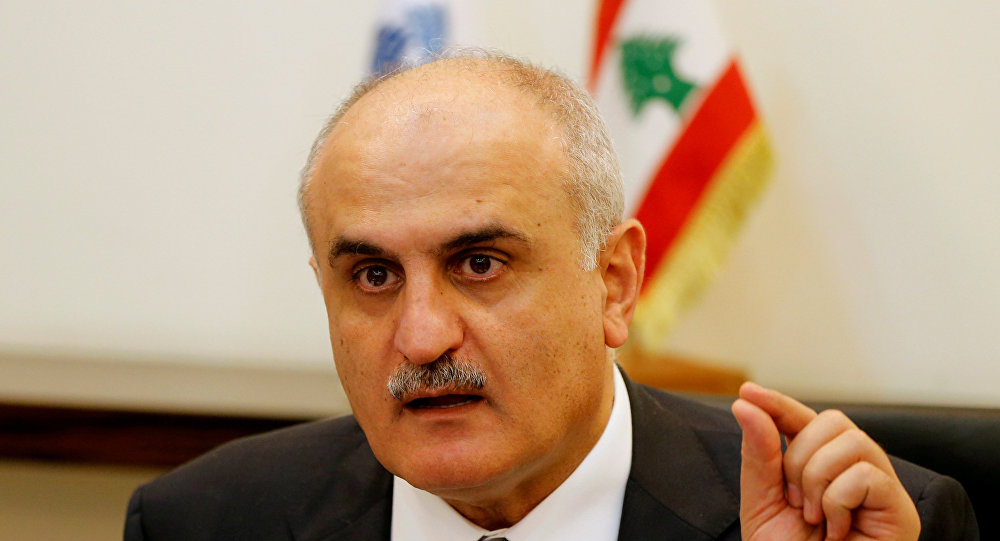 The Lebanese government is “absolutely not proposing” a restructuring of public debt and is committed to paying all maturing debt and interest payments on the predetermined dates, Finance Minister Ali Hassan Khalil said on Sunday.

Khalil, speaking after a meeting with Lebanon’s president, prime minister and central bank governor, also said the state was committed to safeguarding rights of depositors, banks and holders of sovereign debt instruments.

The meeting and statement marked a top-level effort to reassure investors after comments by Khalil about the public debt late last week sparked a sell-off in Lebanese dollar-denominated bonds.

After Sunday’s meeting, Khalil said current proposals were for the implementation of reforms to bring spending under control, reduce the budget deficit, activate the economy and to “secure financial balance”.

Lebanon was bound by its commitments to pay “maturities and interest at the predetermined dates without any other measure” Khalil said in a statement.

Lebanon has one of the biggest debt-to-GDP ratios in the world at around 150 percent, and the economy has suffered from years of low growth.

After falling on Thursday on comments by Khalil, Lebanon’s dollar-denominated sovereign bonds tumbled for a second day on Friday when he told Bloomberg that a fiscal reform plan included a debt rescheduling.

Khalil, in Friday’s comments, said such a rescheduling would be undertaken in coordination with the central bank and banks. The plan did not include any change to Lebanon’s fixed exchange rate, he told Bloomberg.

The International Monetary Fund urged Lebanon in June to carry out “an immediate and substantial fiscal adjustment” to improve debt sustainability.

But more than eight months after an election, political leaders have still not been able to agree a new government that could set about the reforms needed to boost confidence.

Khalil, a top figure in the Amal Movement led by Parliament Speaker Nabih Berri, has recently become more vocal in his warnings about the economy. Last month, he said Lebanon was in an economic crisis that had started to turn into a financial one, which he hoped would not become a monetary one.

Khalil has held the post of finance minister since 2014. A deal on forming the new cabinet to be led by Hariri appeared close last month but the last obstacle was not resolved.