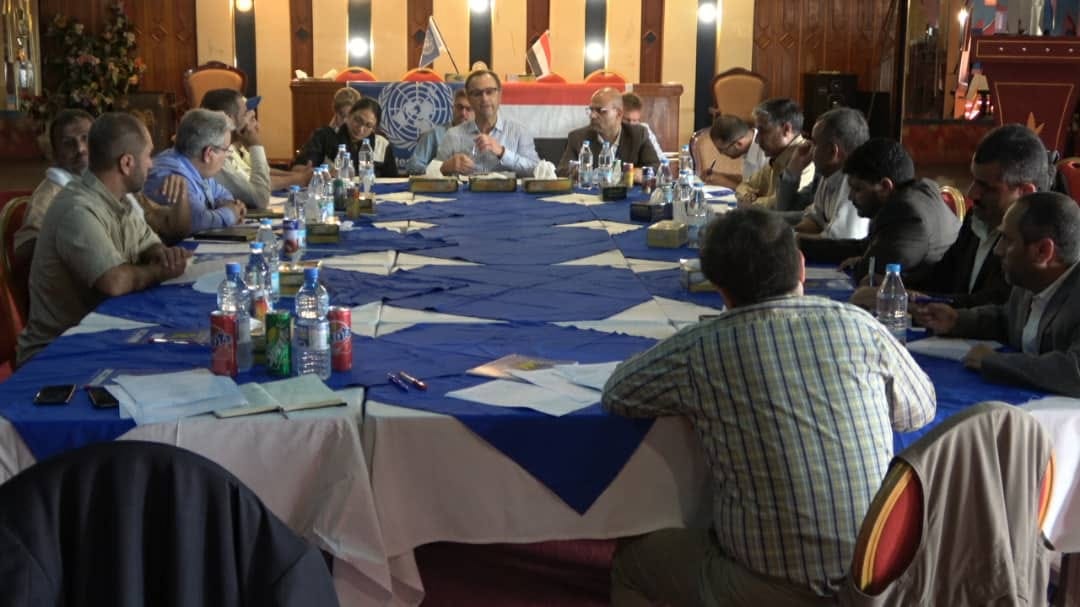 The Dutch General Patrick Cammaert has suggested that meetings of the Redeployment Coordination Committee, which he had been tasked by the UN to lead, be held abroad for security reasons, al-Bayan paper reported on Monday.

General Cammaert has informed the UN Envoy Griffiths' office on his proposal to move discussions about application of Stockholm Agreement, on Hodeida ceasefire and redeployment, to a place outside Yemen, the Emirati paper quoted sources at Yemeni official government and at UN as saying.

Senior monitor's request came after his convoy had been under fire of Houthi rebels and their RCC representatives refused to appear at Committee's meetings in areas held by official government whose representatives did attend several meetings in Houthi-held part of Hodeida City, said the sources.

The Saudi-led coalition supporting the Yemeni legitimate government has stated that Houthi group had no serious intent to finalize prisoner swap deal between two sides.

Hadi FM Khaled al-Yamani attributed the move to "Houthi obstinacy and serious escalation by the militias in Hodeida.. This is a last attempt to recoup, and force Houthis to abide by, the pact.

Last Wednesday, the Security Council adopted unanimously Resolution 2452 to deploy UN 75-monitor mission in Hodeida for six months to oversee the ceasefire as agreed in Sweden.

The mission would monitor rivals' compliance with Stockholm Agreement on Hodeida ceasefire and redeployment, work with both sides on providing local security forces to guard Red City and its three ports, facilitate UN support for parties in fully applying ceasefire deal, and lead and shore up a coordination plan for redeploying forces of both coalition-backed government and Iran-backed Houthi rebels.

The Resolution called on the UN Secretary-General Antonio Guterres to send the mission "expeditiously", and on two parties to help in its application, including through providing security for UN personnel.

Parties to the nearly 4-year war in Yemen, after 8 days of peace talks in Sweden, agreed on 13 December to cease fire in Hodeida and redeploy their forces from the port city and ports of Hodeida, Salif and Ras Isa.

But the UN-brokered Stockholm Agreement is facing many challenges and difficulties to implement on ground, as both sides failing to honor their commitments.

Hodeida City and three ports had been taken over by Houthis in 2014, while official government and Arab coalition forces had increasingly massed since last June outside the city to retake it.

The UN hopes the UNSC recent resolution will help apply ceasefire deal in the strategic port city, key entrance for some 80% of aid and food supplies for most of the Yemeni people.

Under the pact, both parties had to withdraw their troops by the 7th of this January, under supervision of committee consisting of UN monitors and representatives from both warring sides.

The Yemeni rivals have traded blames for hindering the pact application, while the UN envoy Griffiths on 9 January briefed the UNSC on noticeable progress, despite difficulties facing the deal.

Saudi Arabia has been leading a military coalition in Yemen since 26 March 2015, in support of forces loyal to President Hadi to retake areas controlled by Houthi (Ansarullah) Group seen as proxy for Iran in the Arab Peninsula country.

The UN is seeking a political solution to end a conflict that has left tens of thousands killed, hundreds of thousands injured, and 3 million displaced and pushed the country to the world's worst humanitarian crisis, according to the UN, with more than two thirds of the 28-million population in need for a type of humanitarian aid and immediate protection, including 8.4 million people unsure how to get next meal, and some 2 million children suffering severe shortage of nutrition.