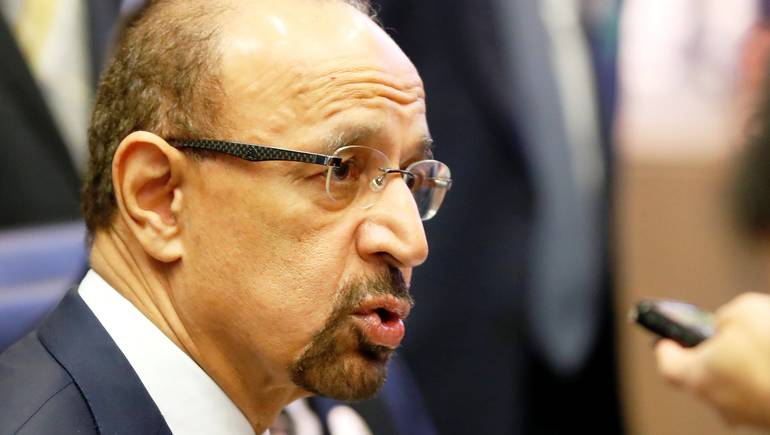 Saudi Energy Minister Khalid al-Falih said on Wednesday he hoped the oil market would be balanced by April and that there would be no gap in supplies due to U.S. sanctions on OPEC members Iran and Venezuela.

“We hope by April the market will be in balance,” Falih told reporters in New Delhi, adding that the commitment to a global supply-cutting deal was “unquestionable”.

Falih is part of the entourage travelling with Saudi Crown Prince Mohammed bin Salman, who is in India for a one-day visit.

The Organization of the Petroleum Exporting Countries, Russia and other non-OPEC producers - an alliance known as OPEC+ - agreed to reduce oil supply by 1.2 million barrels per day from Jan. 1 this year.

OPEC+ will meet in April in Vienna to decide on its supply policy and whether to extend the output agreement beyond June.

“April will be an important line post of the journey for market stability in keeping supply and demand closely aligned and getting inventories to where we want them to be, which is around the five-year average,” he said.

Falih said Saudi Arabia would consult and calibrate a supply plan for the second half of the year at the April meeting.