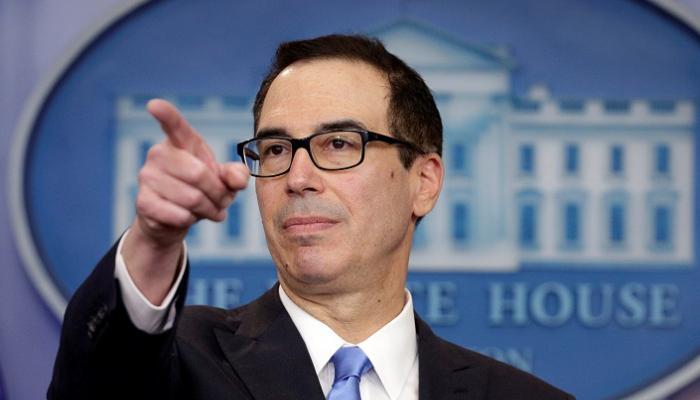 The United States on Monday imposed sanctions on the Russian bank Evrofinance Mosnarbank over its dealings with the Venezuelan state oil firm PDVSA, part of U.S. efforts to cut off a financial “lifeline” for socialist President Nicolas Maduro’s government.

The Trump administration has taken several measures to undermine Maduro’s rule and bolster Venezuelan opposition leader Juan Guaido, recognized by the United States and more than 50 other countries as interim president.

However, Maduro, who has accused Guaido of a U.S.-directed coup attempt, retains the backing of Russia and China as well as control of state institutions including the military.

This action demonstrates that the United States will take action against foreign financial institutions that sustain the illegitimate Maduro regime and contribute to the economic collapse and humanitarian crisis plaguing the people of Venezuela, ” U.S. Treasury Secretary Steven Mnuchin said in a statement.

Under Monday’s announcement, all U.S. assets of Evrofinance, described as jointly owned by Russian and Venezuelan state-owned companies, will be frozen and U.S. citizens will be prohibited from doing business with it, the Treasury Department said.

The Venezuelan government bought a 49 percent stake in Evrofinance in 2011 through the Venezuelan National Development Fund, commonly known as FONDEN, the U.S. Treasury Department said.

At the time of incorporation, Russias Gazprombank and the Russian state bank VTB Bank each owned a 25 percent stake in Evrofinance, which was founded as a bi-national bank to fund joint Russia-Venezuela oil and infrastructure projects, the department said.