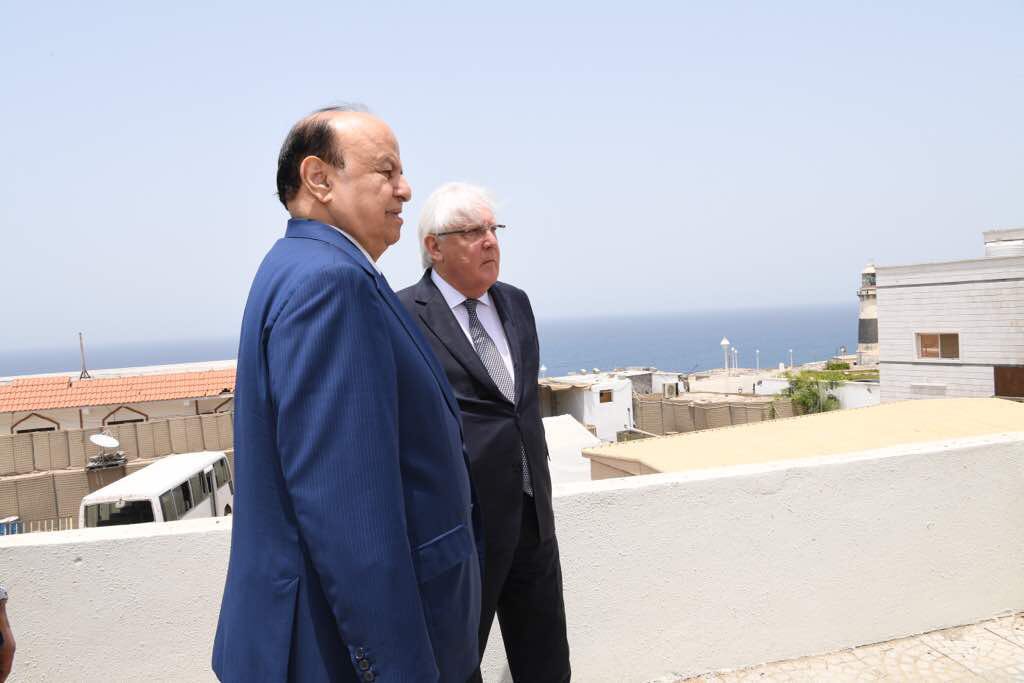 The legitimate government of Yemen has informed the United Nations that it has to name Houthi group as the party obstructing the peace and to refer the issue to the Security Council, said the Emirati al-Bayan paper in its Tuesday issue.

New round of peace talks between Yemeni rivals has been delayed to indefinite as the Hodeida redeployment pact is still stalled, the newspaper quoted political sources as saying.

According to al-Bayan, the Yemeni government absolutely rejected attempt by the UN Especial Envoy Martin Griffiths to make arrangements for holding a new round of consultations, which he said would be at the same time as forces withdrawal from Hodeida City and its 3 ports.

President Hadi refused to meet with Griffiths during the latter's visit to Riyadh and shifted the meeting to his deputy Ali Muhsin al-Ahmar, said the paper.

The Yemeni government informed the UN envoy that it made all possible concessions in order for his mission to succeed in persuading Houthis to apply first stage of redeployment, but the rebels refused, asked for the verification of local force identity to be canceled, and denied the UN the authority to detonate the mines removed.

Parties to the nearly 4-year war in Yemen, after 8 days of peace talks in Sweden,agreed on the 13th of last December to cease fire in Hodeida, to withdraw all their forces from the city and ports of Hodeida, Salif and Ras Isa, and to deploy UN mission to monitor redeployment.

According to al-Bayan sources, the stalled redeployment deal has negatively reflected on other deals reached by both rivals in Sweden.