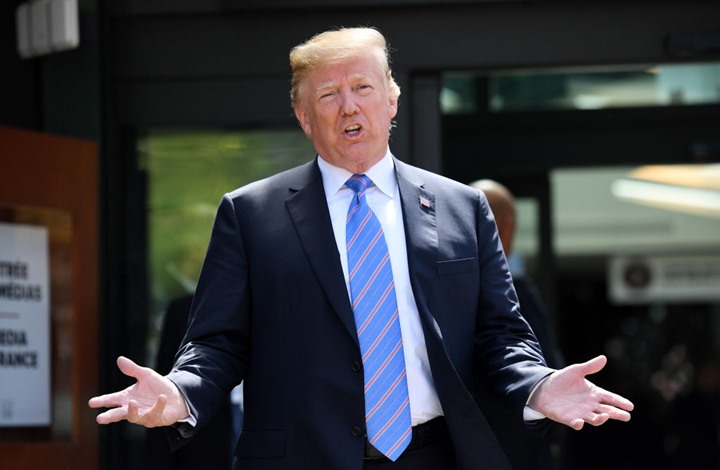 U.S. President Donald Trump said trade negotiations with China were progressing and a final agreement "will probably happen," adding that his call for tariffs to remain on Chinese imported goods for some time did not mean talks were in trouble.

Trump, in a television interview aired on Friday, also said he expected to keep a 25 percent tariff on European light trucks amid separate ongoing trade talks with the European Union, but that companies could avoid it by building factories in the United States.

The Trump administration is engaged in ongoing trade talks with both the European Union and China as part of the Republican president's "America First" agenda. Top U.S. officials are headed to Beijing in coming days, with a summit possiblebetween Trump and Chinese President Xi Jinping to seal any final deal.

"Our deal is coming along very well. We'll see what happens," Trump said regarding China. "I think the deal will probably happen. I think they need it very badly."

Asked about his remarks earlier this week about U.S. tariffs on Chinese goods staying in place for a period of time and whether that meant there was a snag in the negotiations, Trump said, "No, not at all."

Trump then segued to the European auto sector, including trucks. "We get a 25 percent tariff on that segment - that's our best segment by far. And yes, we will absolutely be able to keep it - not only keep it going, I really think we have tremendous potential," he told the network in the interview, which was taped on Thursday.

"I'll tell you what the end game is. They'll build their plants in the United States and they have no tariffs," Trump added. Then, asked if he would agree to zero tariffs, he said: "I would do it for certain products, but I wouldn't do it for cars."

Shares of German automaker Daimler jumped briefly after the interview.

The United States in July agreed not to hit EU car imports with extra tariffs while the Washington and Brussels sought to improve economic ties, but the U.S. ambassador to the EU on Thursday said Europe was falling short in trade talks.

Additionally, the U.S. Commerce Department has given the White House a report regarding the legal basis to impose steep tariffs on cars on national security grounds.

Separately, Trump also told Fox that if U.S. lawmakers do not pass his new deal to supersede the North American Free Trade Agreement trade agreement with Mexico and Canada, he might "go pre-NAFTA" but gave no other details.

The leaders of the three countries last year reached a deal to replace NAFTA with the U.S.-Mexico-Canada Agreement. But it must be approved by the U.S. Congress, which is split between Trump's fellow Republicans, who control the Senate, and Democrats, who hold the majority in the House of Representatives and have been cool to the new pact.