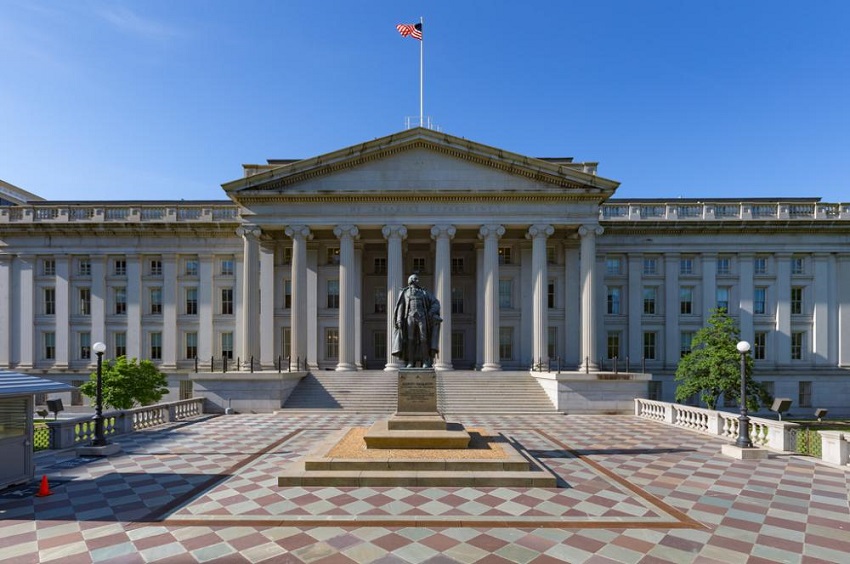 The United States on Tuesday imposed fresh sanctions on a network of companies and people in Iran, Turkey and the United Arab Emirates it said was helping to raise billions of dollars to fund the operations of Iran’s elite Revolutionary Guards.

The U.S. Treasury blacklisted 25 people and organizations, including a clutch of front companies based in the three countries, that were working on behalf of Iran’s Islamic Revolutionary Guards Corps (IRGC) and Iran’s defense ministry to raise money for their activities.

The targeted institutions include banks and other financial institutions such as Ansar Bank, Atlas Exchange, Iranian Atlas Company, the U.S. Treasury said in a statement.

“We are exposing an extensive sanctions evasion network that was established by the Iranian regime to evade American sanctions,” Brian Hook, the U.S. special envoy for Iran, told reporters. “With this action today we are increasing our pressure even further on the Iranian regime.”

Hook described Ansar as “the banker” of the Revolutionary Guards and its overseas operations run by Quds Force. He said the bank paid the salaries of IRGC-Quds Force employees and Iranian foreign fighters in Syria.

“They created front companies to access the U.S. financial system on their own,” said Hook, adding that Tehran was feeling the pressure from U.S. sanctions and created the network to look for a way around the restrictions.

He said the Ansar front companies had raised $800 million over the last year and a half to buy military vehicles and to fund the IRGC’s and Quds Force operations.

Additionally, Hook said the United States was sanctioning Iran’s defense ministry “for its support for terrorism” and providing logistics support to the Revolutionary Guards.

A U.S. official said the sanctions were not related to the U.S. State Department’s labeling of groups as so-called foreign terrorist organizations, known as FTOs. The defense ministry was blacklisted in 2007 for its role in weapons of mass destruction proliferation, Hook added.

“We are now expanding our authorities against Iran’s ministry of defense for its support for terrorism,” Hook told reporters at the State Department.

The sanctions are part of a campaign by Washington to pressure Tehran to negotiate a comprehensive plan to end its nuclear and missile programs.

President Donald Trump withdrew last year from a 2015 nuclear deal between Tehran and six world powers. Since abandoning the agreement, the United States has imposed a string of new sanctions aimed at choking off Iran’s funding, especially from oil.

The IRGC is by far Iran’s most powerful security organization and has control over large stakes of the Iranian economy and huge influence in its political system.