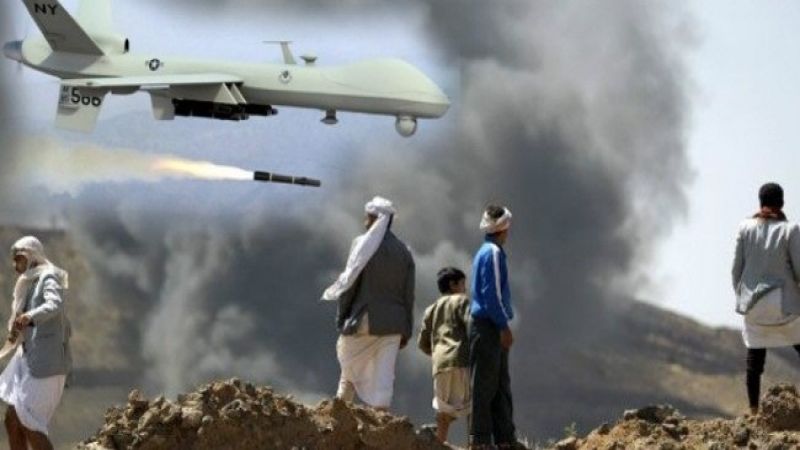 Long overshadowed by conflicts and intrigues elsewhere in the Middle East, Yemen is increasingly hard to ignore.

The civil war racking Yemen pits U.S.-backed forces against Iranian-backed elements in an all-out shooting war, and the United States, which has for years conducted counterterrorism operations in Yemen, is expanding its role there.

Yemen’s political and social chaos has fueled the growth of a virulent al-Qaeda affiliate that U.S. officials say has eclipsed its parent organization as a terrorist threat to the United States.

Airstrikes carried out by the Saudi-led coalition with logistical and intelligence support from the United States have killed and wounded thousands of civilians, often in indiscriminate attacks, human rights groups say.

Yemen’s humanitarian crisis is considered the worst in the world. With more than 3 million people displaced by war, and with the economy besieged and in ruins, the United Nations says the risk of famine could imperil 22 million people – about three-quarters of the population.

At least 1 million Yemenis have contracted cholera in the largest outbreak of the disease in history and pose a threat of an international epidemic.

Yemen was a storied crossroads of commerce and cultures in ancient times. The Romans called it Felix Arabia, or Happy Arabia. Today, conflict in Yemen is a profound menace to the country’s populace and to others beyond its borders.

1. Most of Yemen’s population is on the brink of famine

The majority of Yemen’s 27.5 million people live within 100 miles of the western coast. Areas east of the town of Ataq are sparsely populated.

Even before the civil war erupted in 2015, Yemen relied heavily on food imports, because water for agriculture is scarce. Since then, an air, land and sea blockade by the Saudi-led coalition has choked off supplies of food, medicine and fuel. Even when supplies make it to the ports, the war has disrupted the road network used for distribution, and food prices have soared beyond the means of many Yemenis.

2. A proxy war is raging

The civil war escalated in 2015 after Shiite Houthi rebels from the north captured the capital, Sanaa, and ousted the internationally recognized government of Abed Rabbo Mansour Hadi. The conflict has turned into one of the most ferocious proxy wars in the Middle East, drawing in Iran, which supports the Houthi rebels, and a Sunni Muslim coalition including Saudi Arabia and the United Arab Emirates, supporting Hadi’s forces. The fiercest fighting has been around the largest cities. More than 10,000 people have been killed.

3. Yemen has been a breeding ground for terrorism

Yemen, the ancestral homeland of Osama bin Laden, has been the source of several prominent terrorist attacks against the United States and its allies, including al-Qaeda’s bombing in 2000 of the USS Cole in the harbor at Aden, Yemen. The local al-Qaeda affiliate, al-Qaeda in the Arabian Peninsula (AQAP), also was responsible for the attempted Christmas Day 2009 bombing of a Northwest Airlines flight from Amsterdam to Detroit, and the group asserted responsibility for the 2015 attack on the French satirical magazine Charlie Hebdo in Paris. The United States has waged a campaign of drone strikes against the group.

4. Yemen is uniquely positioned within the global economy

Yemen occupies a strategic position at the mouth of the Red Sea, next to some of the world’s most crucial shipping lanes, and its instability could jeopardize global trade. Oil tankers bound for Europe pass just beyond Yemen’s shores, through the narrow Strait of Mandeb and on to the Suez Canal. Houthi rebels have threatened to choke off this traffic if the Saudi-led coalition challenges their hold on the port of Hodeidah. The rebels also were blamed for a missile attack on a Turkish ship delivering wheat in March.

Long the poorest country in the Arab world, Yemen has seen its economy deteriorate further since war broke out. Fuel shortages have disrupted the operations of wastewater treatment plants, which in turn gave rise to the devastating cholera outbreak. International relief aid has increased since the start of the conflict, especially from Saudi Arabia and the UAE as they try to counter bad publicity over their conduct of the war.

Long the poorest country in the Arab world, Yemen has seen its economy deteriorate further since war broke out. Fuel shortages have disrupted the operations of wastewater treatment plants, which in turn gave rise to the devastating cholera outbreak. International relief aid has increased since the start of the conflict, especially from Saudi Arabia and the UAE as they try to counter bad publicity over their conduct of the war.