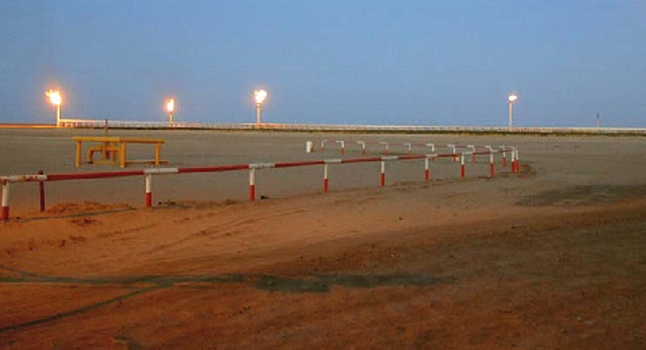 The internationally recognized government of Yemen on Monday warned Houthis of consequences of the group's draining crude oil from a strategic export pipeline connecting production fields in Marib to the Red Sea port of Ras Isa in Hodeida.

The Houthi group has stormed oil regulation station owned by Safir oil company in the rebel-held Rima Governorate, and took crude oil out of the station and the main export pipeline, said the government-run Safir company.

The company accused the group of "looting the oil and spoiling the company's properties and the Yemeni people resources to fund its criminal wars."

This pipeline was built in the end of 1980s as the first strategic oil conduit in Yemen, and cost the country millions of dollars.

Safir threatened to take legal action against "all those who had a hand in this act of sabotage."

Safir company has stopped pumping oil through this pipeline, since the Houthis took over government institutions late in September 2014, and has left amounts of oil enough to prevent corrosion.

Yemen has been racked by an armed conflict that broke out after the Iranian-backed Houthis had ousted the government late in 2014.

Ras Isa Port is the key oil-loading berth and a main revenue-generating source in Yemen.