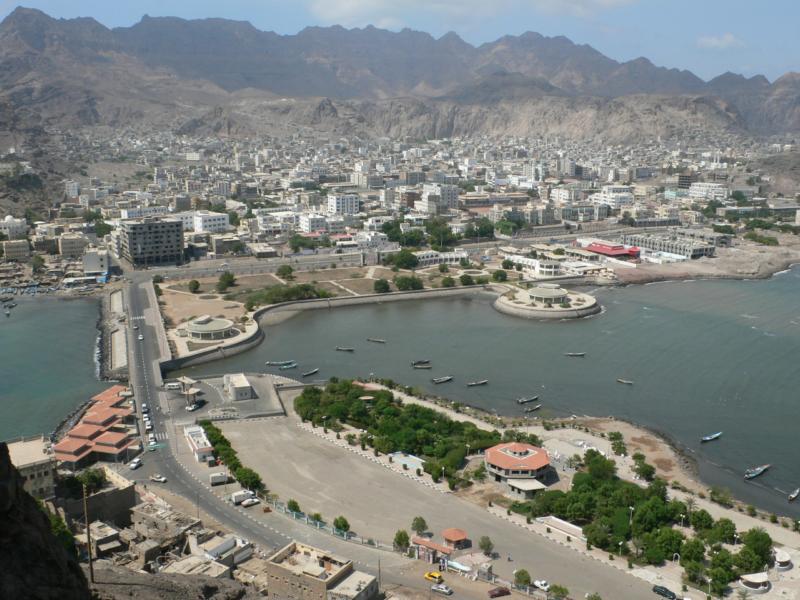 Leadership of the Yemeni Petroleum Company (YPC) has increased fuel prices following pressures by Ahmed Saleh al-Eisei, the only contractor to supply oil to Aden and other liberated provinces, said officials at the YPC on Tuesday, amid shortage of oil supplies across the war-torn country.

YPC gas stations in Aden have already applied the new prices, with Yr-25 increase in one litter of gasoline, residents in Aden, seat of legitimate government, told Debriefer.

While YPC has not justified the increase publically, an official at the company said the surge has been imposed by Eisei who sold shipment for new price.

"The increase is a precautionary step for the Central Bank of Yemen (CBY) decision to organize oil imports in accordance with controls developed by the bank," added the sources.

Early this April, the CBY introduced new standard mechanism, to cover oil imports into the country, between the bank, local commercial banks and suppliers. The move seemingly aims to boost stability of local rial.

"The newly adopted mechanism obliges oil suppliers and distributers to deal in rial through permitted banks," the Aden-based CBY said, noting that suppliers will, in return, be reimbursed in hard moneys.

But the bank gave no further details on the new plan, although there is no company or supplier other than 'Arab Gulf' owned by Eisei, a businessman closely linked to, and deputy director of the office of, Hadi.

The Yemeni riyal has lost three quarters of its value against the dollar and other foreign currencies in exchange market, amid a wave of continuing hike in food prices and unpaid people unable to afford new rises.

Early last March, Hadi decreed to liberalize the oil derivatives market, to allow for imports by private firms and to give way for competition in the market.

But Eisei company has controlled the Aden Refinery and YPC that now, under Hadi's decree, purchases oil derivatives from the Eisei-owned  company and sells them in prices decided by Eisei.

On April 9, the internationally-recognized government called on qualified oil suppliers in Houthi-held areas to continue applying the mechanism governing the oil trade.

The call comes as part of the government's determination to further stabilize rial and thus serve national economy, said a statement carried by the Aden-based Saba on Monday.

The statement urged all "patriotic merchants" to not follow politicization of trading and economic work.

The new increase comes as YPC Aden staff continue their daily protests to "protect the company from monopoly and other risks threatening its activity."

Eisei stopped pumping fuel to YPC for one week now, they added, while the AR is allowed to sell and market oil locally.

Abdullah Musa'ad, a labor leader, threatened to escalate protests (i.e. to close ports and airports) if law is not observed and their voices are not listened to.

"Eisei is still bringing about sporadic shortages in market by refusing to discharge gasoline, diesel and gas oil shipments loaded on vessels that have been anchored at the AR-owned oil port decks," official sources at YPC told Debriefer.

"Eisei continually insists to receive funds for fuel in hard money, forcing the YPC to purchase some US$ 3 million monthly, from private exchange firms at current rate, to pay for fuel purchased from Eisei," they added.

Staff at the YPC in Aden say "crude has been monopolized by Eisei, who smuggled diesel via Socotra to the state's powerful centers in the reign of late president Ali Abdullah Saleh. Today, he brings petroleum supplies already refined abroad and has turned AR into storing facility, after he stopped its refining machines."

They accused the businessman of "attempts, through loyalist corrupt lobby, to stop the YPC's role in distributing the oil derivatives and case strife between YPC and AR, for his own interests.

"He had previously failed to win YPC bid to import oil, but a lobby at the president's office enabled him to assume import privilege."

Another sources had earlier told Debriefer that Eisei pumped huge quantities of fuel into the Aden YPC to distribute them in liberated provinces without determining the price, leaving the company before fate accompli incurring gross loses.

Eisei monopoly on fuel importation in Aden and other government-held areas is the first of its kind in the world. The government has handed over the country's most important economic and financial resource to the private sector, under Hadi's decree to liberalize oil market.

In an investigation by Debriefer last August, economists said the 4-year war and the "weak personality of President Hadi have created a wide patronage system and a new type of authority-wealth alliance. Such entities and network have controlled oil market in southern freed areas, negatively affecting the prices of basic supplies and services."

In northern liberated areas, Marib in particular, fuel trade is controlled by officials loyal to the Islah Party, Muslim Brethren offshoot in Yemen, represented by Governor Sultan al-Arada. Marib refinery's production has been assigned to cover the fuel needs in Marib, Shabwa and Seyoun (Valley of Hadhramout), while the local authorities of Mukalla (Coast of Hadhramout) have liberated prices of, and are importing and distributing, oil derivatives.