Pompeo: U.S.-China Trade Talks Will Not Be Impacted by End of Iran Oil Waivers 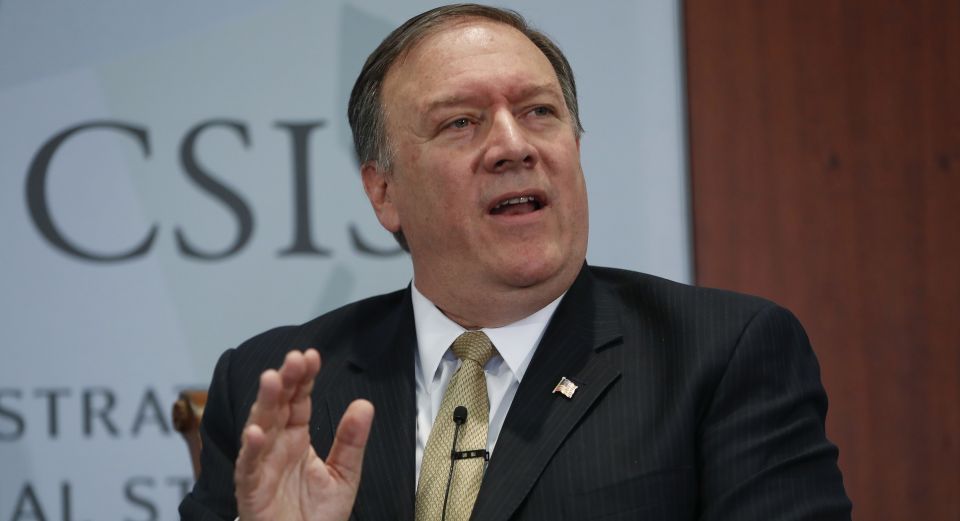 U.S. Secretary of State Mike Pompeo says Washington's decision to end Iran oil waivers to China will not have a negative impact on the latest trade talks between the world's two leading economies.

"We have had lots of talks with China about this issue. I'm confident that the trade talks will continue and run their natural course," Pompeo told an audience in Washington on Monday. China is Iran's largest oil buyer. Pompeo added the U.S. would ensure the global oil markets are adequately supplied.

Last Monday, the United States announced it was ending waivers on sanctions to countries that import Iranian oil, including China, India, Japan, South Korea and Turkey. Since the sanctions were reintroduced, Italy, Greece and Taiwan have halted their Iranian oil imports.

U.S. Treasury Secretary Steven Mnuchin and U.S. Trade Representative Robert Lighthizer are meeting with Chinese Vice Premier Liu He in Beijing on Tuesday, for the latest round of negotiations.

The two sides will discuss intellectual property, forced technology transfer, non-tariff barriers, agriculture, and other issues. Vice Premier Liu will then lead a Chinese delegation to Washington for additional talks on May 8.

Washington and Beijing have held several rounds this year to resolve a trade war that began in 2018 when President Donald Trump imposed punitive tariffs on $250 billion worth of Chinese imports. He has been trying to compel Beijing to change its trade practices. China retaliated with tariff increases on $110 billion of U.S. exports.