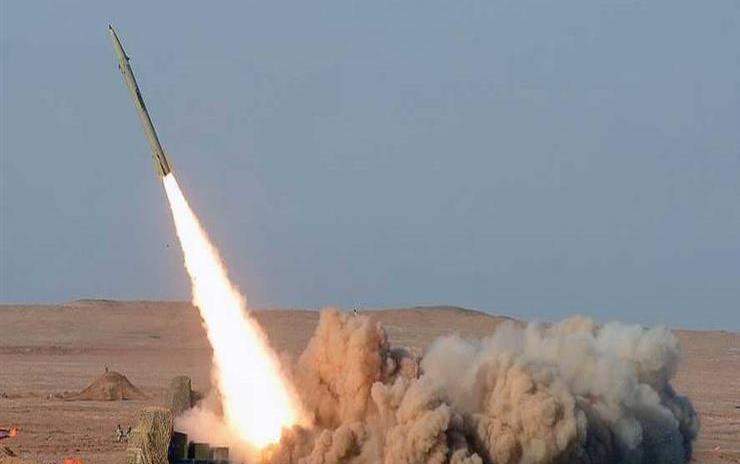 According to Okadh paper, the Taif missile was downed just before dawn. "This flagrant assault unveils the reality of the Iranian plans to destabilize security and safety of pilgrims in Ramadan."

Users of social media "have circulated footages as the missile was intercepted to the northeast of Taif," said the paper.

While no immediate statement has been officiallyissued by the Arab coalition or Saudi authorities, Houthi group has denied reports.

Houthis do not hesitate to talk publically about their military operations, said rebel spokesman on Facebook.

"We don't need to wait for untrue analyses or claims on our targets," Yahiya Sarie added. This "is not the first time the Saudi regime claims we target Mecca, in an attempt to mobilize support for its brutal aggression on our Yemeni people .. and to cover its crimes against our Muslim people."

The Yemeni official government has rushed to condemn the Houthi "attempt to target Mecca."

"We strongly denounce the missile attempted targeting of Mecca by the Iranian-backed Houthi militias," said the Yemeni information minister.

The "Iran-incited Houthi terrorist attempt to attack Mecca shows the desire of mullahs in Tehran to cause the largest possible number of civilian casualties and to provoke millions of Muslims around the World," Moammar al-Eryani added on Twitter.

On Sunday, Houthis said the Tuesday attack on the Saudi oil pumping stations was just the first out of a "bank of 300 vital targets in Saudi Arabia and United Arab Emirates" leading the coalition in support of the internationally-recognized government of President Hadi.

"The ninth of Ramadan operation comes in inauguration of upcoming military operations," the Sana'a-based Saba quoted a source at the Houthi-run defense ministry.

On Tuesday, two Saudi oil pumping stations were attacked in Riyadh region, and the Iranian-backed rebels claimed responsibility,saying they used 7 drones in the attack.