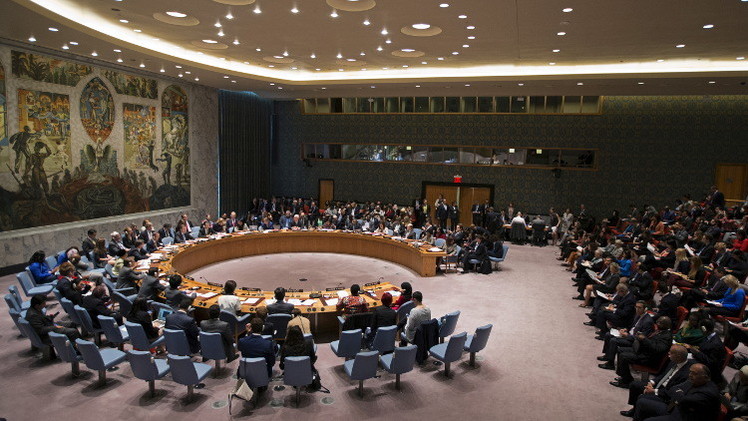 The United Nations Security Council has called on the Saudi-led coalition to deescalate military action in western Yemen as the UAE is pushing to retake the Hodeida seaport from the Houthi Group.

The seaport is a lifeline to millions in Yemen which is facing the world's largest humanitarian crisis. Around 70% of commercial imports and humanitarian aid are delivered through the port.

The council held an emergency meeting upon request from Britain Monday on the humanitarian situation in Yemen with a special focus on Hodeida and battles over it.

It thrashed out ways to discourage an attack on Hodeida and its seaport which have been under Houthi control since 2014.

It urged all parties to the conflict to come back to the negotiation table and stressed only the political solution will end the conflict in the country.

Following the council's meeting, the current president of the council Russian envoy Vassily Nebenzia, said the situation in Hodeida is worrying amidst raging battles between the pro-government forces backed by the Saudi-led coalition and the Houthi forces.

"We are concerned about further escalation that would affect the lives of civilians. We had discussions with the UN envoy to Yemen and hope that all parties reach a solution soon," he said.

The UN envoy to Yemen, Griffiths, and Under-Secretary-General for Humanitarian Affairs and Emergency Relief Coordinator, Mark Lowcock, briefed the council on the situation in Yemen and how to avert an imminent attack on Hodeida.

UN Secretary General, António Guterres, said that Griffiths is currently holding intensive talks about Hodeida and hoped to find a way to avoid the assault on the province.

The Saudi-led coalition has been fighting the Houthi forces in order to restore the internationally recognized government of Yemen since March 2015.

More than 11.000 civilians have been killed and tens of thousands injured in the conflict.