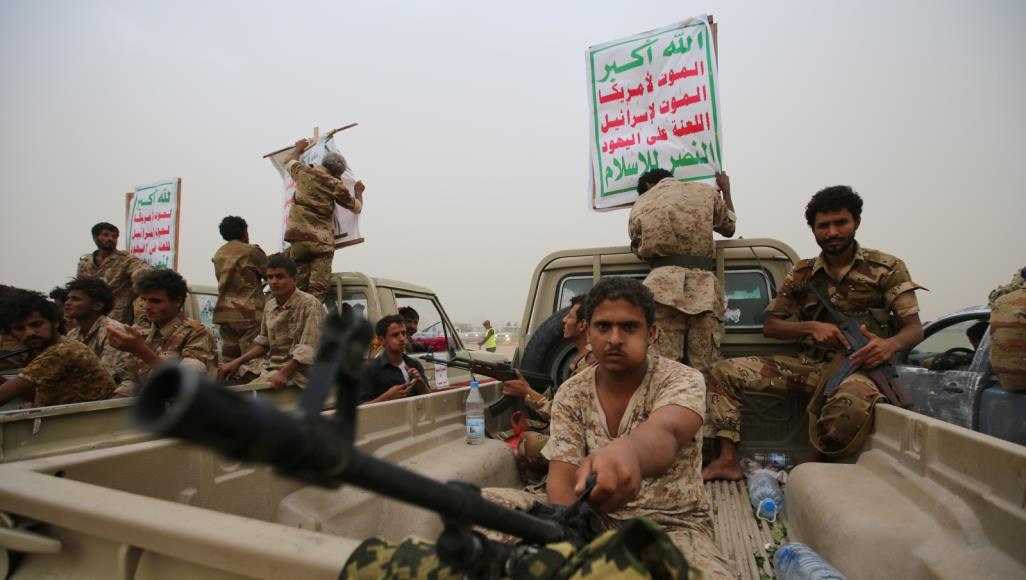 The Iranian-backed Houthi group on Tuesday kidnaped people living in a southern district of the Yemeni capital to prevent them from celebrating the Eid al-Fitr first day, said the Saudi Press Agency, after the Houthi authorities had decided Wednesday, but not Tuesday, to be the Eid.

"Houthi militias have abducted 25 people from a mosque in Hizeiz as serving the Eid Prayers, and deployed armored vehicles at some Sana'a mosques," SPA quoted Yemeni local sources as saying.

Rada'a district, in the central governorate of Bayda, witnessed armed clashes after Houthis had prevented people of Malah and Azan villages from praying Eid services, said SPA, adding that Houthi forces shelled Eid prayers ground prior to the prayers to dissuade people in Azzob village, of the same governorate.

For the first time over three decades, Yemenis find themselves divided in celebrating an Eid, with official government announcing Tuesday, and Houthi rebels Wednesday, to be the first day of breakfast Eid.

The internationally recognized government said the Shawal crescent was seen on Monday, the Aden-based Saba reported, while its rival Saba in Sana'a quoted religious authorities as declaring Tuesday to be the last day of fasting month, Ramadan.

Yemen has been divided following the 4-year war between the Yemeni government's forces, backed by a Saudi-led coalition, and the Iranian-backed rebels who ousted the government in 2014.

Dispute over Eid this year is just a reflection of that division.