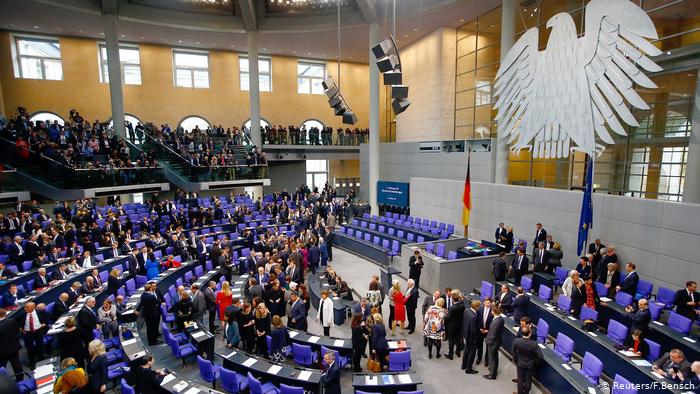 Ahead of the meeting, Green party lawmaker Claudia Roth, vice-president of the Bundestag, told journalists: "President Steinmeier should find unequivocal words and make it abundantly clear to the crown prince that Germany and Europe expect a fundamental foreign policy shift and a rapid end to the war in Yemen."

Roth added: "The sheikh is one of the most influential and feared in the region.

The United Arab Emirates was a driving force behind the war in Yemen so "the crown prince is thus jointly responsible for what is currently the largest humanitarian catastrophe on this planet."

On Tuesday evening, the United Arab Emirates' Crown Prince Sheikh Mohammed bin Zayed Al Nahyan arrived in Berlin for a two-day visit, during which he will also meet with Chancellor Angela Merkel, according to local media.