The Next Disaster in Yemen 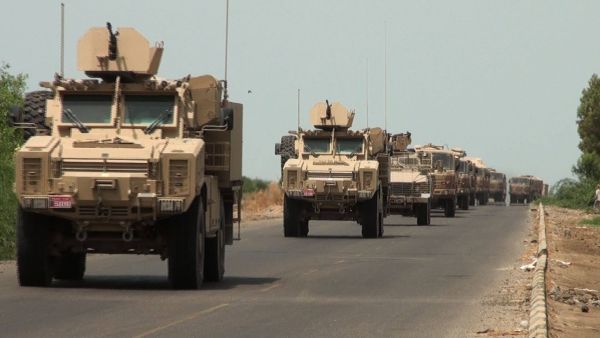 Despite calls to stop the assault on Hodeidah, both the Emiratis and the Houthi rebels are digging in.

The assault on Al Hodeidah was a long time coming. The Emirati-led attack, which began at midnight Wednesday after the Iran-backed Houthis ignored a deadline from the United Arab Emirates to withdraw from the city and its adjoining port, have so far been restricted to a Houthi stronghold south of the city. The airstrikes came despite warnings from aid groups of a humanitarian disaster, and after the U.S. declined to explicitly oppose the operation.

Hodeidah, a port city of some 600,000 perched on the Red Sea, is the entrepot for most of the foreign humanitarian aid that enters Yemen. The Houthis have controlled Hodeidah for about two years; with that authority comes access to the revenue from the customs duty that is earned at the port along with, say Saudi Arabia and the UAE, Iranian weapons.

The fight for Hodeidah highlights not only intra-Yemen rivalries, but the thorny regional dynamics involving the Saudis and Emiratis on one side and Iran on the other. It also showcases the tension between the U.S. desire to minimize civilian casualties and its goal of limiting what it views as Iran’s malign regional influence.

The extent of Iran’s actual influence in Yemen, however, is unclear. Gerald Feierstein, who served as the U.S. ambassador to Yemen from 2010-2013, said while Tehran has tried to use the situation in Yemen to put pressure on Saudi Arabia, its control over the Houthis is limited. “Does Iran have some influence on the Houthis? Probably. Does it provide training and assistance to the Houthi forces? Absolutely,” Feierstein, who is now the director for Gulf affairs and government relations at the Middle East Institute, told me. “Does it have relations with the senior Houthi leadership? Of course. But the Houthis don’t necessarily respond” to Iran.

Although it is easy to describe the fight in Yemen as a proxy war between Iran and Saudi Arabia or a sectarian fight involving Sunnis and Shia, it’s not quite that simple. “It’s a very complicated war with a lot of different sides and a lot of alliances that form and disintegrate and then re-form in different iterations over time,” Gregory D. Johnsen, a resident scholar at the Arabia Foundation who is an expert on Yemen, told me.

The fight for Hodeidah is reflective of the larger battle over Yemen that began in September 2014 when the Houthis took control of parts of Sanaa, the capital. Less than six months later, the rebels dissolved Parliament and seized the country, forcing President Abd Rabbu-Mansour Hadi to flee. Soon, Saudi Arabia, the UAE, and their Arab allies stepped in to back Hadi’s government, with Iran supporting the Houthis, its Shia brethren. Ali Abdullah Saleh, Hadi’s predecessor who was ousted in 2012 amid the Arab Spring protests, and his supporters, also entered the conflict on the side of the Houthis. The resulting fighting claimed the lives of at least 10,000 people, displaced some 3 million others, and destroyed Yemen’s infrastructure. The UN says the violence has spawned the world’s worst humanitarian crisis.

By 2016, the conflict was at an apparent stalemate. The Houthis and their allies proved more formidable than either the Saudis or the Emiratis anticipated. Iran, whose involvement in Yemen is not as explicit as it is in Syria, Iraq, and elsewhere, is content to keep the Saudi-led coalition mired in a seemingly endless conflict. Yemen’s conflict was allowed to fester until last December, when Saleh and his fighters broke with the Houthis and allied with the Saudis. In the ensuing fighting, the Houthis killed Saleh. The UAE calculated that the loss of Saleh’s fighters had weakened the Houthis, and expected the fight for Hodeidah to be relatively easy. But that may be wishful thinking. An International Crisis Group report said the most likely outcome in Hodeidah was “prolonged and destructive fighting … followed by a period of maximalist demands from all sides” along with a worsening humanitarian crisis. An assault on the city could imperil the lives of more than 250,000 people, according to the UN. Some aid groups withdrew their staff from the city ahead of the attack.

On top of all this, the Emiratis support secessionist fighters who seek to restore the pre-1990 division of Yemen. Former president Hadi, meanwhile, has fallen out of favor with the UAE, and now backs the Islah party, which is dominated by the Muslim Brotherhood.

The U.S. position on the actions of the Saudi-led coalition has evolved. Just last week, it appeared as if the U.S. was warning the UAE not to attack the city. But on Monday, Mike Pompeo, the U.S. secretary of state, said in a statement that he had “spoken with Emirati leaders and made clear our desire to address their security concerns while preserving the free flow of humanitarian aid and life-saving commercial imports.” But the Trump administration is likely aware of the growing congressional opposition to the Emirati-led assault on the port, and is likely to support the action of its ally without endorsing it explicitly. “The U.S. has not given a green light for this, but a flashing yellow light,” Joost Hiltermann, the program director for Middle East and North Africa at the International Crisis Group, told me. The U.S. is saying, “‘You’re on your own. We understand you considerations. We thinks militarily this is very difficult to pull off. We continue to support you in the way we’ve been with intelligence sharing and inflight refueling. But that’s it. Just make sure you take care of the humanitarian fallout—and go back to the political negotiations.’”

Feierstein told me that the U.S. policy fundamentally hasn’t changed since March of 2015. “Our position is that the issues in Yemen need to be resolved through political negotiation. There needs to be an agreement.” There are already international efforts in place to resolve the conflict. The UN has tried to mediate. The Houthis approved a peace agreement in 2014, but never abided by it. There is also an initiative by the Gulf Cooperation Council. The U.S. position, which is that negotiations must be based on these existing initiatives, is complicated by the fact that while it wants to avoid humanitarian disaster in Hodeidah, it also wants to contain Iran. The Saudis, Emirartis, and Israelis welcomed the U.S. withdrawal from the nuclear deal with Iran, a move that all but ensures that the agreement is dead; this decision may also have factored into the timing of the Emiratis decision to launch its assault on Hodeidah.

Efforts to mediate a compromise agreement by Martin Griffiths, the U.K. diplomat who is the UN special envoy for Yemen, failed, but are ongoing.“I don’t think Martin Griffiths will stop simply because the offensive has started,” Hiltermann told me. “Because in the end the question is what is the real objective? Do the Emiratis think they can defeat the Houthis in Yemen? ... Do they think they can defeat the Houthis in the Hodeidah Province, including the city and the port? They seem to think so, but it may be a bridge too far. ... You need to go back to the negotiating table.” At the moment, though, that seems a distant prospect.

No matter what happens in Hodeidah, there are larger questions about whether a political settlement can be reached with the Houthis across Yemen, and later with the now emboldened secessionist groups in southern Yemen. Johnsen said he was pessimistic about Yemen’s future even if the current impasse were to resolve diplomatically. “So we look on the map, and Yemen has clearly defined borders, and it’s all one color, and it looks like one country,” he said. “But when you get on the ground, there are many different Yemens ... and I’m increasingly pessimistic that anybody will be able to put it back together again.”