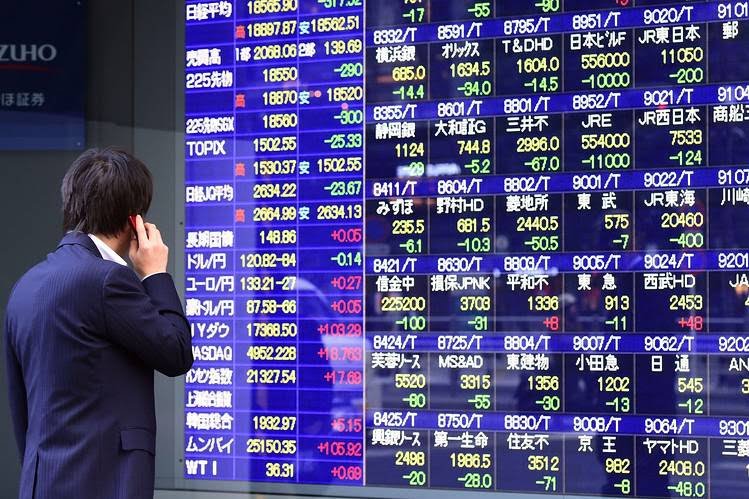 Trade in global markets is expected to remain subdued following the Independence Day U.S. public holiday on Thursday and ahead of the non-farm payrolls report.

MSCI's broadest index of Asia-Pacific shares outside Japan .MIAPJ0000PUS was set for its fifth straight weekly rise. It opened a tick higher at 534.40, a level not seen since early May. Japan's Nikkei .N225 was unchanged at 21,695.9.

World stocks and bonds have rallied since June on hopes global central banks will keep policy easy to support growth.

“But if the numbers confirm a loss of momentum in the labor market or are extremely weak, the focus will return immediately to the potential for a 50 basis point cut,” ANZ analysts told clients in a note.

Given other U.S. employment demand indicators have been softer recently, “the bias in the market is probably skewed towards a weaker outcome,” ANZ said.

The Fed holds its two-day policy meeting on July 30-31 and futures <0#FF:> are fully pricing in a 25-basis-point cut. Investors also see a 25% chance of a 50-basis-point reduction.

The Fed is not alone in embarking on easier monetary policy. Australia’s central bank has cut its cash rate by 50 basis points since June while leaving the door ajar for a third move this year. In the euro zone, financial markets expect the bloc’s central bank to lay out the landscape for further monetary easing at its July 25 meeting.

Prospects of global easings has sent government bond yields to multi-year low around the world.

Yields on U.S. 10-year Treasuries US10YT=RR hit their lowest since November 2016 on Wednesday.

The currency market was mostly sidelined ahead of the U.S. jobs figures.

The dollar index .DXY was a tick lower at 96.725, drifting away from recent two week highs.

The index, which measures the greenback against a basket of major currencies, fell 1.7% just last month as investors priced in a 50-basis-point cut from the Fed. Those expectations had faded in recent days on more reserved Fed commentary and signs of improvements in Sino-U.S. trade relations, but have since come back on weak U.S. economic data.

A weaker greenback has boosted the Australian dollar AUD=D4 despite a rate cut on Tuesday. The Aussie is so far up 1.4% this week and last held at $0.7026.

“With the USD now in the grip of uncertainty as to what extent the Fed is prepared to cut rates this year, the AUD could yet enjoy an extended run into the 70s,” BNY Mellon senior currency strategist Neil Mellor said.

In commodity markets, oil fell on data showing a smaller-than-expected decline in U.S. crude stockpiles and worries about the global economy.

Brent crude futures LCOc1, the international benchmark for oil prices, were a tick weaker at $63.23 per barrel while U.S. crude eased to $56.69.