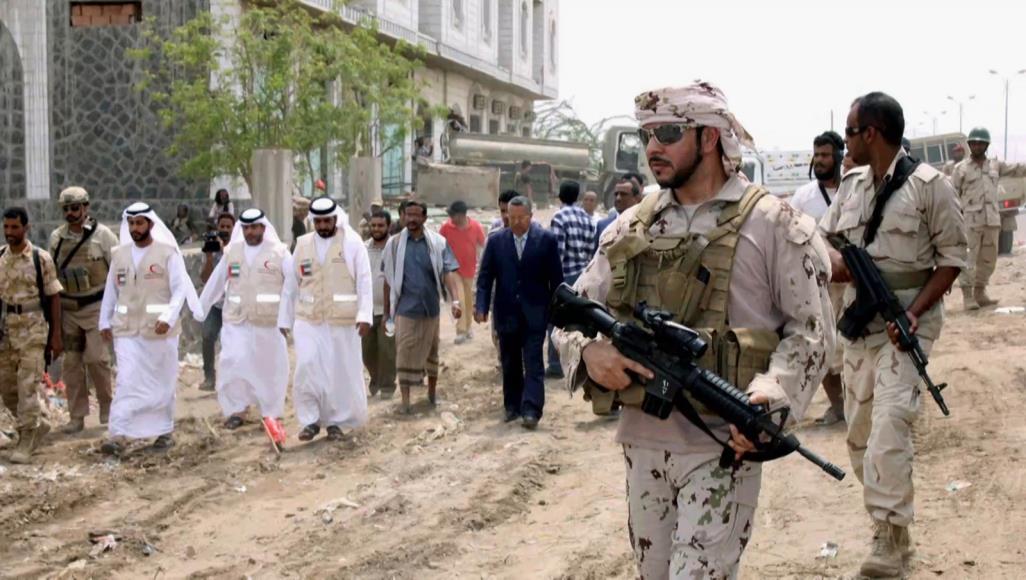 The New York Times said in an editorial titled "Follow the Emiratis’ Lead, Out of Yemen" that the war in Yemen is an unwinnable disasrer, has killed thousands of civilians and resulted in a widespread famine.

"The conflict in Yemen is unwinnable, dangerous for the region and remarkably cruel. So the drawdown of troops by the United Arab Emirates, the biggest outside ground force backing the Saudi-led intervention that has turned a civil war into a humanitarian disaster, should be an example for everyone else involved.", the news paper stressed. Adding that "Given global revulsion with the Yemen war, which has created what the United Nations calls the world’s greatest humanitarian crisis, the country’s tacit recognition that the conflict is a waste of lives, resources and national stature is a dose of sanity."

New York times referred that the United Arab Emirates has not publicly explained its pullback, evidently for fear of irritating its Saudi allies. But diplomats say the Emiratis, who sent at least 5,000 troops to Yemen to train and lead a mélange of pro-government troops and militias, have wanted out for some time now. They say the United Arab Emirates has sharply cut its deployment of men, attack helicopters and heavy guns around the Red Sea port of Hudaydah, the main battleground last year. A shaky United Nations-mediated cease-fire in Hudaydah that came into effect last December provided the excuse and a reason to pull back.", pointing out that those talks, which resumed on Sunday, offer a potential framework for real peace negotiations if other combatants — most important Saudi Arabia, the leader of the coalition in which the United Arab Emirates had the lead ground role — followed the Emirates’ lead.

"The conflict in Yemen is a composite of many struggles, old and new, local and regional. It traces back to the Arab Spring, when the ouster of a strongman president led to a rebellion by northern Houthi rebels. Their southward romp was stopped by a coalition of Arab states and local militias compiled by Saudi Arabia and actively assisted by the United States.", the New York times said.

It confirmed that with help from Iran, the Houthis proved too strong for the Saudi-led coalition to defeat, but they were too weak to take full power. The conflict became a proxy struggle between Saudi Arabia and Iran. Saudi bombing turned an already impoverished country into an unlivable one, with tens of thousands of civilian deaths and extreme shortages of food and medicine. Houthi atrocities contributed to the horrors.

In the United States, pressure grew on the administration to stop assisting Saudi Arabia with refueling, intelligence and arms sales. The pressure mushroomed after the Saudi murder of the dissident journalist Jamal Khashoggi last year and consequent disenchantment with the de facto ruler of Saudi Arabia, Crown Prince Mohammed bin Salman, the driving force behind the intervention in Yemen.", the news paper stated, referring that a bipartisan resolution in Congress in April calling on the administration to curtail American involvement was vetoed by President Trump, but the House has now begun a new effort to block the transfer of munitions to Saudi Arabia.

It continued: "The swelling American disgust with the war provided further incentive for the United Arab Emirates to distance itself from the Saudi-led intervention. At the same time, the rising tensions between the United States and Iran prodded the Emiratis to bring home troops who would be needed should the saber-rattling escalate further.

The Yemen conflict is bad enough without being embroiled in the greater power struggle in the Persian Gulf."

"The only solution there is a negotiated peace agreement among the Yemenis on sharing power and resources, and Saudi Arabia should seek its own agreement with the Houthis to end cross-border drone and missile strikes.", New York times confirmed.

The agreement mediated by the United Nations in December to prevent a devastating battle over Hudaydah leaves a lot to be desired, but it does create a platform not only to safeguard Hudaydah but also to start negotiating a full cease-fire and peace agreement. The Emirati withdrawal from the port should be a major step toward encouraging the Yemenis to start focusing on how they can end the war destroying their land.

The editorial concluded that the withdrawal could also be the impetus for the Trump administration to start being part of the solution to the war, not an enabler, pointing the way for Saudi Arabia, the internationally recognized government of Yemen and the Houthi rebels to follow suit. The means are there. This week, representatives of the Houthis and the government met under United Nations auspices on a ship in international waters to continue discussions on Hudaydah. With a dollop of the realism the Emiratis have provided, these could quickly become broader talks on the peace Yemen so desperately needs.