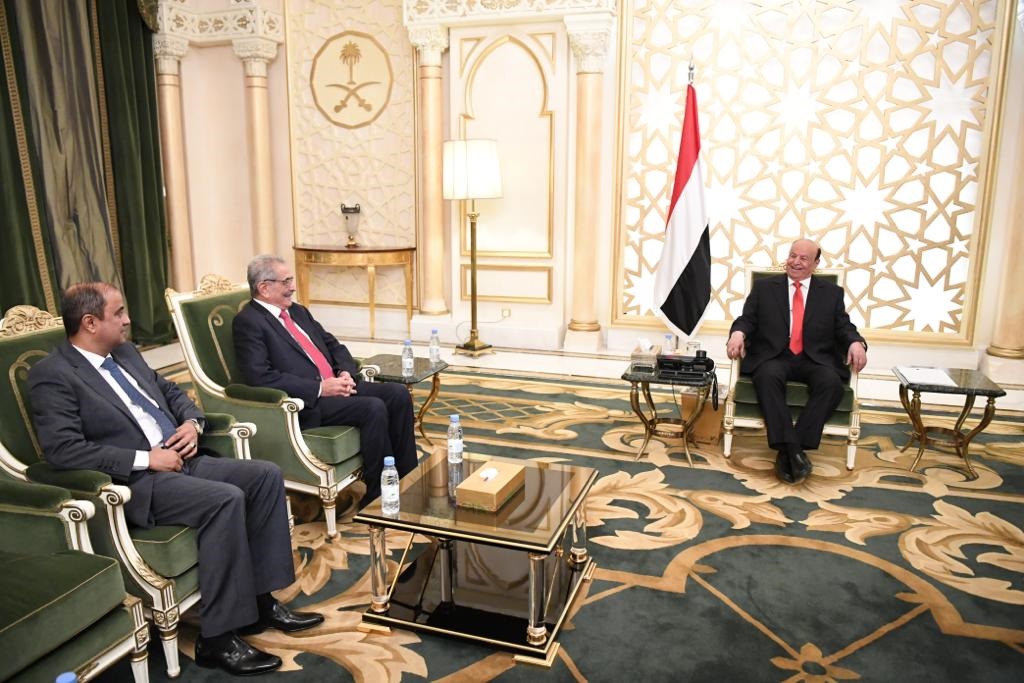 Speculations and illegal transactions by some bankers seeking illegal earnings need to be curbed as they harm the Yemeni economy, Hadi told the newly appointed governor of the Central Bank of Yemen (CBY), Ahmed Obaid al-Fadhli, and minister of finance, Salim bin Boraik.

Hadi also highlighted the need for unified efforts and resources to help achieve recovery and stability for economy and cope with difficulties facing the financial and banking sector, according to the Riyadh-based Saba.

Efforts should be exerted to bring about stability and due development in all liberated provinces, Hadhramout and Shabwa in particular, he added.

On Thursday, President Hadi appointed a minister for the vacant foreign ministry, another for finance and a new governor for CBY.

Hadi new appointments have raised controversy among political and economic analysts in Yemen, with some criticizing the move as an attempt to thwart efforts for the Saudi-urged dialogue in Jeddah between the official government and the separatist Southern Transitional Council (STC).

The appointment of CBY governor has particularly caused fears in the Yemeni banking and commercial sectors, as the newcomer has no experience in banking.

Some Yemeni merchants have reportedly sold their rial reserves, following the governor replacement, by buying either hard moneys or gold from local market.

The reshuffle came few days after remarks by US Treasury Department official on close cooperation with the CBY former leadership of Hafiz Meiad, leaving traders afraid about further decline in local currency, according to banking sources.

The Yemeni rial has lost three quarters of its value against the dollar and other foreign currencies in exchange market, amid a wave of continuing hike in food prices and unpaid people unable to afford new rises.

The war has triggered what the UN calls the world's worst humanitarian crisis, with most of the population in need for a type of humanitarian aid and immediate protection, including 14 million Yemenis risking famine and some 1.8 million children suffering malnutrition.