The Guardian: Arrests of dissidents and torture allegations continue in Saudi Arabia 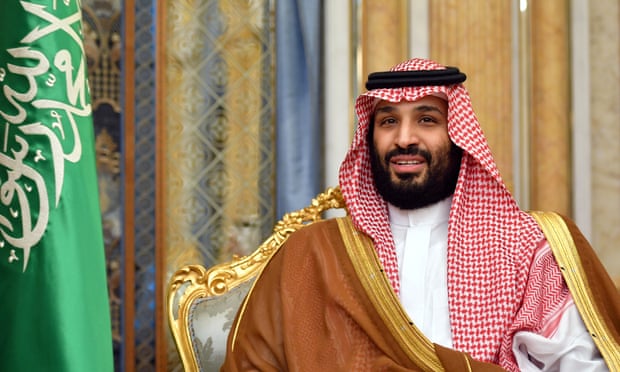 Activists, clerics and other perceived critics of the Saudi crown prince, Mohammed bin Salman, continue to be arbitrarily detained more than a year after the killing of Jamal Khashoggi, a report has said.

Bin Salman has overseen the relaxing of a number of the kingdom’s restrictive social laws since assuming a leadership position in the Saudi government four years ago, most recently allowing women over 21 to obtain passports and travel abroad without the permission of a male guardian.

But these reforms have belied a “darker reality”, according to a report released on Monday by Human Rights Watch, including the mass arrests of women’s rights activists, a number of whom have allegedly been sexually assaulted and suffered torture including whipping and electric shocks.

About 20 people have been arbitrarily detained this year and there have been 30 detentions since the murder in October last year of Khashoggi, a journalist, in the Saudi embassy in Istanbul, HRW said.

Khashoggi’s murder attracted a wave of scrutiny of the crown prince’s efforts to transform the kingdom and make it less reliant on oil revenues.

A UN report released in June said there was “credible evidence” Bin Salman and other senior Saudi officials were liable for Khashoggi’s killing, which the kingdom has characterised as a rogue operation by its agents.

But the international criticism has failed to halt a campaign against perceived dissidents inside the kingdom, according to the HRW report, with waves of arrests carried out against women’s rights activists and their allies this year, including the writer Khadijah al-Harbi, who was pregnant at the time of her detention.

Anas al-Mazrou, a lecturer at King Saud University, was arrested in March after raising the issue of the detained women’s rights activists during a panel discussion at Riyadh book fair.

Michael Page, a deputy Middle East division director at HRW, said: “Mohammed bin Salman has created an entertainment sector and allowed women to travel and drive, but Saudi authorities have also locked away many of the country’s leading reformist thinkers and activists on his watch, some of whom called for these very changes.

“It’s not real reform in Saudi Arabia if it takes place in a dystopia where rights activists are imprisoned and freedom of expression exists just for those who malign the dissidents.”

The crackdown under Bin Salman began in September 2017 with the arrests of dozens of critics, including intellectuals and influential clerics, in what was widely interpreted as an attempt to crush dissent.

The report noted the arrest of human rights activists and dissidents was not a new phenomenon, but the wave of repression since late 2017 had been distinguished by “the sheer number and range of individuals targeted over a short period of time, as well as the introduction of new repressive practices not seen under previous Saudi leadership”.

These practices included extorting financial assets in exchange for a detainee’s freedom, a tool used against dozens of businesspeople and royal family members arbitrarily held at the Ritz-Carlton hotel in Riyadh in November 2017.

The kingdom has also allegedly scaled up its use of commercially available surveillance technologies to penetrate the online accounts of critics and dissidents. Guardian journalists are among those to be warned they have been targeted by a hacking unit inside the Saudi government.

On Sunday, the engine of Saudi Arabia’s economy, the state-owned energy company Aramco, announced plans to list on the domestic stock exchange.

The sale of shares in the world’s most profitable company, including eventually on a foreign stock exchange, would raise at least hundreds of millions of dollars the Saudi government hopes to use to fund the country’s transformation and ensure its long-term future in a world where fossil fuel use is projected to dwindle.

The social reforms shepherded through by Bin Salman, often against significant opposition from conservative elements, are part of this wider economic transformation, but Saudis have complained the new “red lines” are difficult to discern and inconsistently enforced.