To save rest of the" Kingdom`s prestige" ... "Riyadh" resort to the vision of Muscat on a comprehensive settlement in Yemen 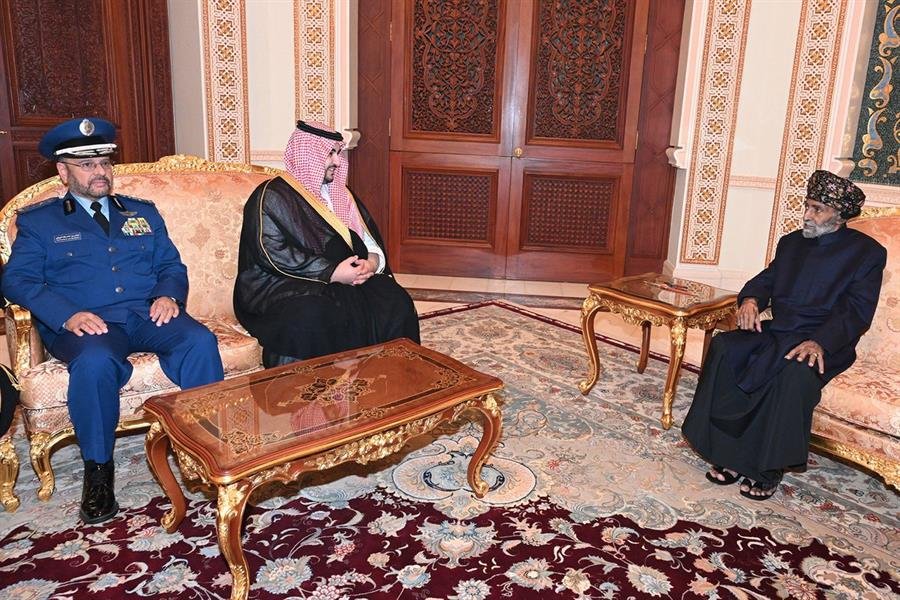 The Yemeni file tops the concerns of the Saudi authorities in a remarkable manner. Riyadh seems to be seriously seeking to end the war in Yemen and to this end, it begged the Sultanate of Oman to find an honorable way out for the Kingdom, which realized after nearly five years of the bloody war with a high human cost and infrastructure.

That access to "peace" in Yemen has become necessary and urgent for several reasons, the most important of which is to preserve the prestige of the Kingdom or the rest of it.

On Monday evening, Prince Khaled bin Salman, the Saudi Deputy Defense Minister who recently received the Yemeni file, arrived in the Omani capital Muscat on a surprise visit, after the departure of the Saudi prince, the Sultanate referred to a "comprehensive peace settlement in Yemen."

The Omani Foreign Ministry said on Tuesday  that it hopes to reach a "comprehensive settlement to end the Yemeni crisis."

This came in a statement issued by the Omani Foreign Ministry on Twitter, following a meeting with Sultan Qaboos bin Said and Saudi Deputy Defense Minister Khalid bin Salman, who left the Sultanate after a two-day visit.

The statement pointed out that the Sultanate "welcomes the efforts of Saudi Arabia in reaching a Riyadh agreement between some Yemeni parties."

The Deputy Defense Minister for Saudi Arabia, Khalid bin Salman, said on Monday that his visit to the Sultanate came to "to hear the vision of Sultan Qaboos bin Said, on the situation in the region."

In a brief statement giving no details, the Saudi deputy defense minister said on Tuesday that he had seen Sultan Qaboos's vision of the situation in the region.

The visit of Saudi Deputy Defense Minister Prince Khaled bin Salman to Oman on Monday sparked speculation about possible and undeclared diplomatic efforts by the Sultanate to mediate the tensions in the region.

Oman's neutral stance on contentious issues between the Gulf and Iran is what helps it play possible roles.

What made observers more speculative about Prince Khaled bin Salman's visit was his entourage, which included Lieutenant General Fayyad al-Ruwaili, the Saudi chief of staff, and Mohammed al-Jaber, the kingdom's ambassador to Yemen.

He expressed hope that the Riyadh agreement between the Yemeni government and the Southern Transitional Council would pave the way for a broader understanding among the Yemeni people to reach a comprehensive political solution to end the crisis.

It is noteworthy that in recent years the appearance of Sultan Qaboos in official meetings or occasions, and this confirms that the meeting of Sultan Qaboos bin Salman was behind the issues and very important files require intervention "Omani".

It is well known, according to press reports, that Muscat is the most prominent mediators of the Yemeni file, which is assigned to Khalid bin Salman and is credited with ending the crisis of the Yemeni government and the UAE-backed Southern Transitional Council, which recently culminated in the Riyadh agreement.

Al-Arabi Al-Jadeed newspaper said on Tuesday, that the wheel of Saudi political efforts on the Yemeni file has moved this time from the gateway to Oman, the eastern neighbor of Yemen, and the mediator known since the escalation of the war in 2019, between the international community and the Houthis (Ansar Allah).

The newspaper pointed out that those efforts come "in the light of a significant decline in the frequency of confrontations and air strikes of the coalition, and in light of the crisis raised by the Saudi presence in the province of Yemeni skilled with Omanis."

The visit comes in conjunction with leaks to sources in the Yemeni government confirmed the presence of a delegation of the Houthis (Ansar Allah) in the Saudi capital since last October, to hold talks with the Kingdom's leadership on reaching a satisfactory peace agreement for both parties.

The sources said that "the delegation of the Houthis (Ansar Allah), met in Riyadh with Saudi Deputy Minister of Defense Khalid bin Salman, and the Chairman of the Special Committee and the head of the Saudi intelligence."

The sources confirmed that Saudi Arabia expressed its readiness to support the Houthis (Ansar Allah) in return for the group's severance of its relationship with Tehran, and the two sides agreed to turn the page of Hadi and agree on the form of the next authority.

The sources pointed out that Saudi Arabia has pledged to support the establishment of the University "Al-Imam Al-Hadi", which will adopt the teaching of "Zaydi doctrine".

In return, the Houthis (Ansar Allah) offered Saudi Arabia its commitment to secure the border and stop targeting its facilities, provided that the Kingdom stops its raids in Yemen and stops targeting the group's leadership.