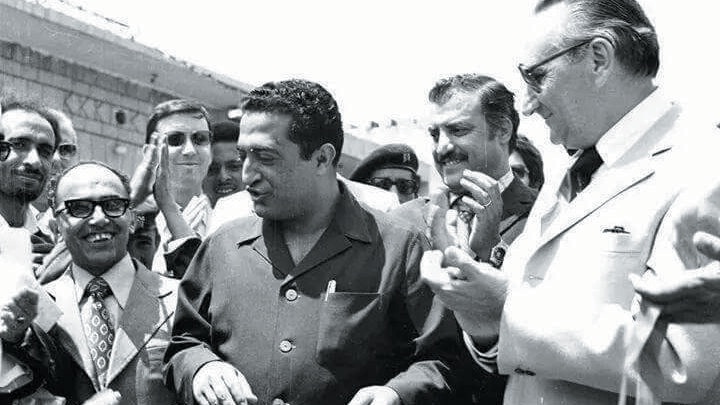 The Houthi group (Ansar Allah), through its moral guidance department, on Tuesday, launched the first official report on the assassination of Yemeni President Ibrahim al-Hamdi, in the seventies of the last century.

The report announced by the group at a press conference today, explicitly pointed out that Saudi Arabia represented by its military attaché in Yemen in 1977, Saleh al-Hedyan was the master planner of the assassination of Yemeni President Ibrahim al-Hamdi.

Abdullah bin Amer, a senior military leader of the Houthis (Ansar Allah) and deputy of the group's moral guidance department, said that reliable documents, information and testimonies about the assassination were found, from "causes to details, consequences and repercussions", including the knowledge of those involved. Assassination.

It is noteworthy that the report announced by the group, acquitted a number of sheikhs who were accused of participating in the assassination of President Hamdi, led by the head of the tribe Hashid, Abdullah bin Hussein al-Ahmar.

Abdullah bin Amer said that "the authenticity of the most prominent documents has been verified by the technical methods used in such cases as well as linking the information contained in the testimonies, statements and information, including what was published and what was not published."

According to the report, the main perpetrators of the assassination of President Hamdi, along with Saudi Arabia, "have been in power for the past decades."

Bin Amer affirmed that he would receive information concerning the plan of Presidents al-Hamdi and Salmeen for unity, the integration of the armed forces and Bab el-Mandeb and to know more details of the conflict with Israel during that period.

He added: "Among the findings reached from several reliable sources that the assassination documented pictures."

Bin Amer said that Saudi Arabia has bought the silence of military and security leaders not directly involved in the assassination of Hamdi, and his brother Abdullah.

According to documents attached to the report, the most prominent involvement of the Saudi leaders in the assassination of al-Hamdi, Ali bin Musallam, Yemeni official in the Royal Court adviser.

They explained that the number of those who attended the moment of "liquidation and assassination" of President Hamdi, four Saudis, military attaché Saleh al-Hedyan and three members of the Saudi intelligence, had arrived at the airport on the night of the crime and left Sana`a immediately after the crime.

The report pointed out that Hedyan "was present at the crime scene at 12 noon and remained in the same place until the arrival of President Hamdi, and directly supervised the assassination, has emerged disguised from the crime scene after the commission."

Bin Amer said that the report is a statement to the Attorney General in Sana'a, and that the Moral Guidance Department of his group is ready to receive any documents refuting the content of their "official" report, and that they are ready to publish it in their various media. 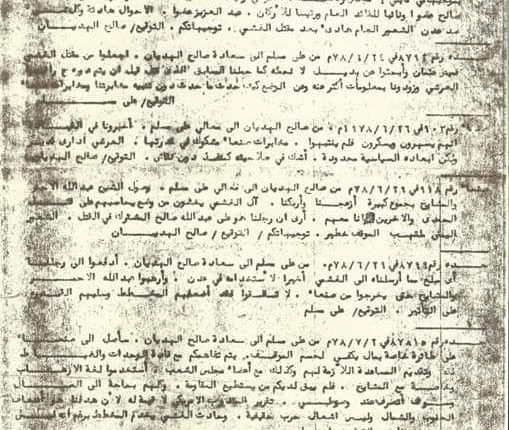