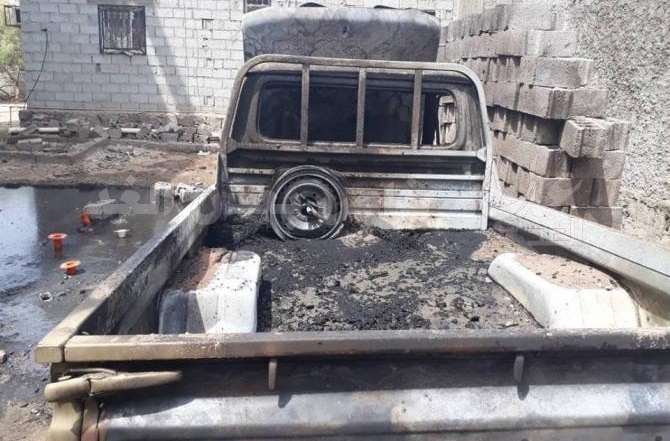 The response to Al Jazeera's recent documentary, "Death Belts," looks like it wasn't too late. It came through harsh operations that killed five security officers and injured three others under deliberate negligence by the authorities in Aden, the interim capital of Yemen. Temporary, especially the Saudi forces.

The eight operations were carried out with precision and speed, according to local security sources in Aden.

The agency "Debriefer" from security sources on the names of the victims of the eight assassinations and the type of injuries and places of occurrence, the soldier Ahmed Ali Salem, in the Sheikh region, and seriously wounded, and Dr. Sami Baabad in the Al-Shaab of the people, has survived the assassination.

An attempt to assassinate Staff officer of the Al-Amaliqa Fourth Brigade Abdel Fattah al-Saadi on the 90th Street failed.

8 assassinations, killing 5 security officers, wounding 3 others, indicate that the settling of accounts and assassinations will widen and increase in the coming days, disregarding a legitimate government, and its interior minister in the list of unsatisfactory by the coalition, especially the UAE, and a transitional council does not mean what It happens because he is busy arranging his own security matters, and these operations may be instigated by him, according to activists "to show the weakness of the legitimate government."

And the security belts established by the UAE, it is accused of everyone as a major partner and complicit in hundreds of assassinations, or else the feasibility of being a guardian of a city is not safe, and live a security chaotic and unbearable reality that was the Yemeni destination of tourism, and the home of diversity and coexistence and social peace In 35 years.