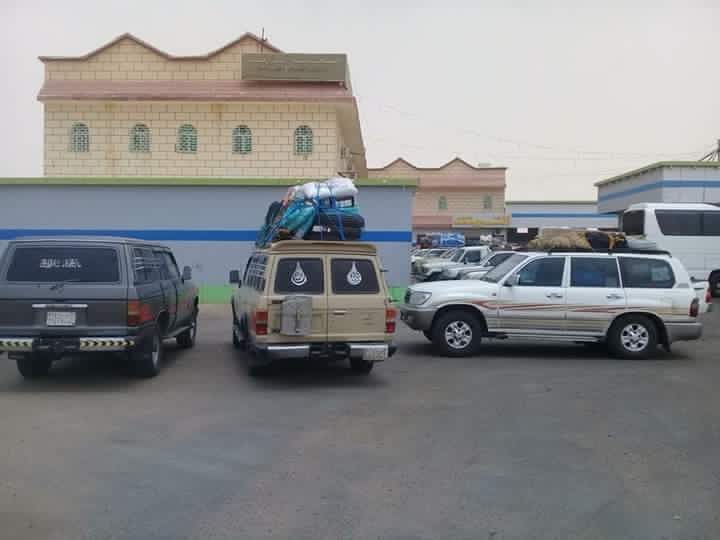 Dozens of Yemeni families living in Saudi Arabia are stranded on the Wadiah crossing between Saudi Arabia and Yemen after the Saudi authorities banned four-wheel drive vehicles and other heavy equipment from entering Yemen.

The internationally recognized government of Yemen said the Saudi authorities have not provided explanation for the ban.

Yemen's Ministry of Expatriates and embassy in Riyadh said they are contacting the relevant Saudi authorities to know the motives for the ban and how long it will continue.

In a statement, the ministry said it will pay filed visits to the crossing to get acquainted with the conditions of the stranded people and see what it can do to help ease their hardship. Meanwhile, it has urged families to come back to the Saudi Sharurah city or hire other cars to continue their trip to Yemen.

Some families have already left their four-wheel drive vehicles behind, hired other cars and buses and entered the country. 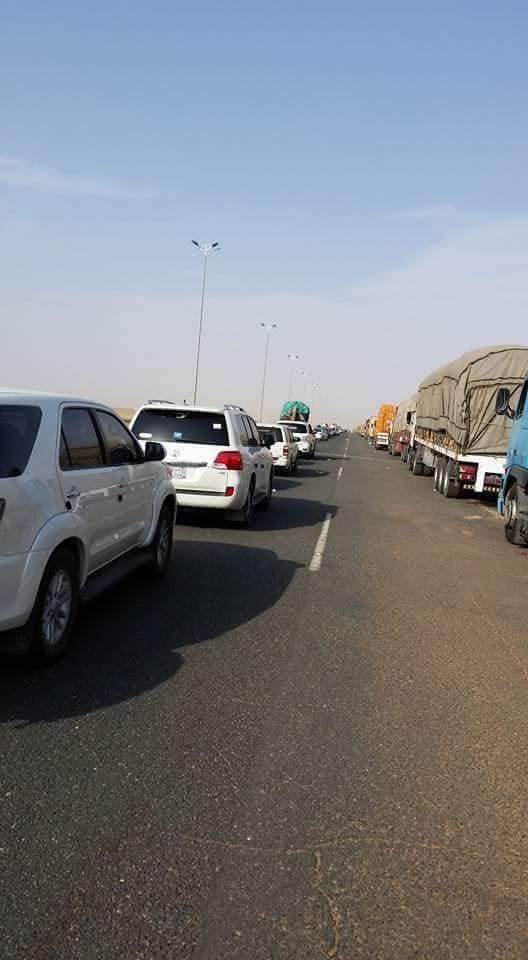 Children, elderly, women and people with illnesses are among the stranded.

A security source at the crossing in Yemen's eastern Hadramout province said Saudi Arabia is afraid such vehicles would go to the Houthis and then be used for military purposes.

Saudi Arabia has been leading an Arab military coalition with US assistance against the Houthis to restore the Yemeni government since March 2015.

"Banning SUVs and heavy equipment from entering Yemen was not new. The Saudi-led coalition imposed it when it intervened militarily in the country," the source said.

"However, it has been restricted to imported four-wheel drive vehicles, and now applies to all SUVs including those owned by Yemeni expatriates" the source added.