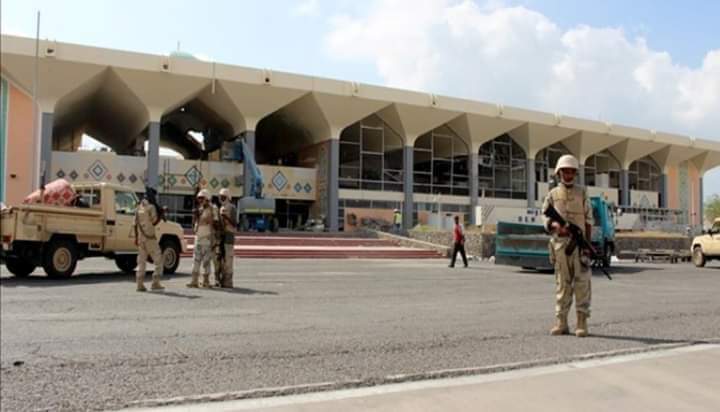 It seems that a direct clash is imminent between the Saudi forces stationed in the Yemeni interim capital of Aden, and the forces of the Southern Transitional Council (STC), supported by the Emirates.

Aden has witnessed a severe security tension between the Saudi and STC forces since Friday morning, after the deployment of the forces of the transitional forces in the vicinity of Aden International Airport and the Presidential Protocol Hall. The forces hurried to push four vehicles and dozens of soldiers to secure the airport.

A source close to the Saudi forces in Aden told Debriefer that the latter wanted to hand over Aden airport to a qualified force that had been trained in the Kingdom, and most of its members were from Aden.

The source added: "The Transitional Council rejected the Saudi decision, and ordered its forces to deploy in the vicinity of the airport."

Sources in the Southern Transitional Council (STC) accused Saudi Arabia of provoking the "southern people" and told a reporter of Debriefer in Aden that the threat by the Saudi forces to bomb Aden airport was behind a crowd of pro-council crowds to the vicinity of the airport, rejecting the threats.

The sources confirmed that Aden airport was under the control of the STC forces after its cordon and after the security belt forces present inside the airport refused to hand it over to the Saudis and told them that they were receiving instructions from the Aden Security Director, Shallal Slhaea

Sources affiliated with the Southern Transitional Council (STC) called on the coalition leadership to stop what it described as the stubbornness of the leader of the Saudi forces, Mujahid al-Otaibi, to avoid any developments.

The sources pointed out that the Saudi forces, who were present at Aden International Airport, withdrew to the Al-Ma'asheeq area.

For its part, government sources told "Debriefer", requested not to be named, that "the UAE instructed to move in by detonating the situation in Aden airport, to place the Saudi forces that replaced the Emirati forces a few months ago with a critical position that makes them lose control of the security and military conditions in Aden." .

These events come one day after the council warned that preventing the Arab coalition leaders from returning to Aden will have "internal repercussions at all levels, including efforts to bring peace", calling for clarifications on what happened.

A spokesman for the Southern Transitional Council (STC), Nizar Haitham, said in a statement released late on Wednesday that the leadership of the Arab Coalition refused to grant the plane, which will carry a number of leaders of the Council from Jordan to Aden Governorate.

He added that "the competent authorities at Queen Alia International Airport confirmed that there is a circular by the Arab coalition that includes a list of the names of the leaders of the Transitional Council and the Director of Aden Security to prevent them from traveling to Aden."