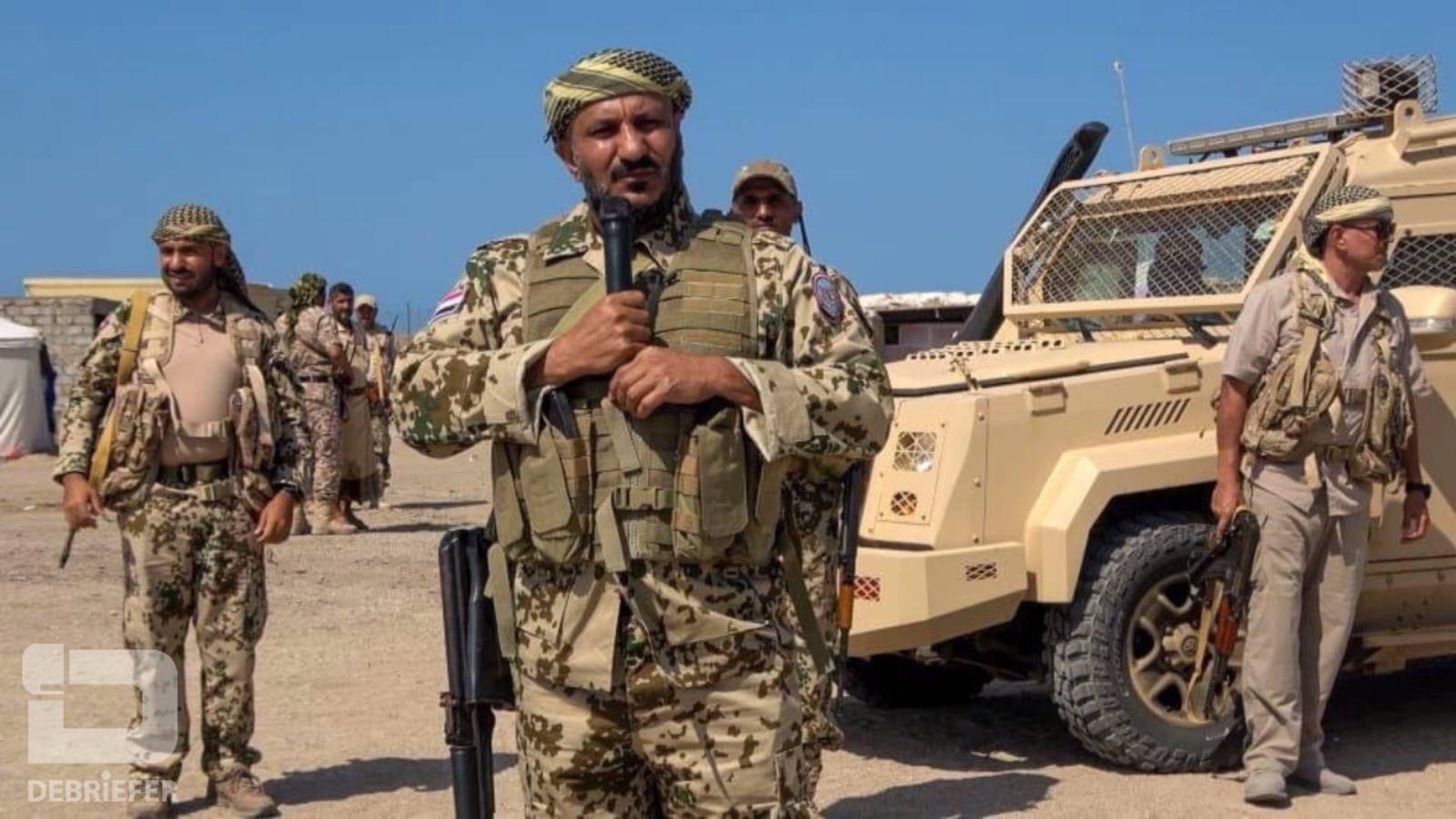 Commander of the Yemeni 'Guards of the Republic' forces praised the "noble" stance adopted by his party's comrade, Yasser al-Oadhi, regarding the killing of a woman in the central governorate of Baydha.
Sheikh al-Oadhi has "recorded another position of chivalry and honesty while defending a Yemeni free woman who was unjustly killed at home," Tariq Saleh added on Twitter.
Last week, Houthi gunmen killed Jihad al-Asbahi in a district of Baydha, leading to a grave crisis between the tribes there and the Houthi group that said she was killed by mistake.
"As he was loyal to all the national issues.. Sheikh al-Oadhi is still honest to his tribe's people," Tariq said. "We support him and all the tribes rejecting submission" to Houthis.
For his part, Houthi deputy foreign minister called on al-Oadhi to "not harbor al-Qaeda militants and urgently extradite killers of the six martyrs" who were killed in the area.
The family of Jihad "has the full right to resort to justice and bring legal action against those whom they accuse of killing her. We expect Yasser to urgently extradite killers of the six martyrs," Hussein al-Ezzi added on Twitter.
The Houthi group last week carried out a massive security campaign in al-Taffa district of Baydha in pursuit of "Daesh militants", including Hussein al-Asbahi (Jihad's father in law) who fled a raid into his house leaving the woman killed.
Jihad al-Asbahi was shot dead by Houthi gunmen, after they were unable to arrest her father in law, according to local sources.