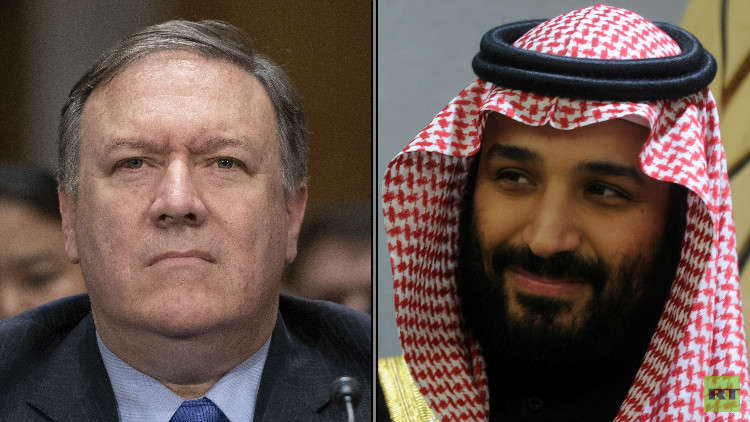 Dozens of schoolchildren on a field trip were killed in Yemen last week when a Saudi-led airstrike hit their bus. More than 50 people died; nearly 80 were wounded. Many victims were younger than 10.

Speaking by phone with Saudi Crown Prince Mohammed bin Salman a few days after the attack, Secretary of State Mike Pompeo "thanked the Crown Prince for Saudi Arabia's support for northeast Syria's urgent stabilization needs, its engagement with the Iraqi government, and its offer to help Iraq address its water and electricity shortages," according to the State Department. He reportedly never mentioned the bombing.

The decision to work with Saudi Arabia and condone its brutality did not begin with the Trump administration. A long string of American presidents has been deferential to this oppressive regime because it is seen as a source of stability in the Middle East, and because it is sometimes willing to do dirty work in America's broader interests.

But the Trump government is especially sympathetic to the Saudis, even at the expense of our closest allies. It says a lot when you're throwing your lot in with Saudi Arabia over Canada.

This despicable embrace of the Saudis should be a bigger scandal than it is. But the administration is benefiting from its own self-induced chaos and dysfunction. American journalists and the public are so focused on our domestic disorder that they pay ever less attention to conflicts abroad.

Our expectations have also adjusted steadily downward. It's disgusting that Pompeo didn't push the Saudis on their recent slaughter of children, but is it surprising? 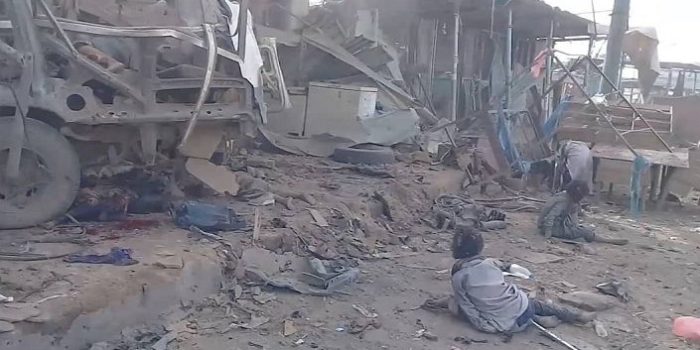 After initially claiming that the attack was "a legitimate military operation," the Saudi government has now pledged to conduct an internal investigation. State Department spokeswoman Heather Nauert called for "a thorough and transparent investigation into the incident," after refusing to confirm details because "we are not there on the ground."
Never mind that those Saudi Arabia internal investigations typically result inclearing them of any wrongdoing, and that the US government supplies many of the weapons used to kill thousands in a war-ravaged, starving country.

Saudi Arabia is an unapologetic violator of human rights, within its own borders and outside of them. In Yemen, the Saudi government has not only killed thousands in bombings, but it blocked humanitarian aid and other imports, triggering a massive famine and the worst cholera outbreak in history. Starving civilians seems to be an intentional part of its military strategy; so is barring journalists and human rights observers.

Yemen wasn't exactly within the sights of most Americans before Trump's election. But now, our interests have turned almost entirely inward, on the left and the right. As the midterms approach, the overwhelming weight of the political conversation is about Trump and domestic policy; immigration is about as close as we get to focusing on an issue related to people beyond our borders, and that's only because they're coming to those borders.

This political myopia makes sense, given the degree to which Trump and his cronies have upended American political norms, reshaped the Republican Party into something even more power-hungry and intellectually vacant, and threatened our very democracy.

But it also means that our narrowed view pushes crucial global issues to the periphery, and that the worst of American foreign policy is increasingly ignored. Journalists are doing their damndest to tell these stories and to press the powerful for accountability. But this administration has proven time and again that it is unapologetically unaccountable to the press.

And most average Americans either don't care about what happens to Yemeni kids or are too overwhelmed by immigrant kids held in chain-link penshere to add one more complex geopolitical issue to the mix.
And so we get Pompeo issuing thank-yous instead of excoriations and Trump staying silent (do we think he could even find Yemen on a map?). The press is laudably covering all of it. But not a single person will pay a price at the ballot box. Most Americans won't even notice.