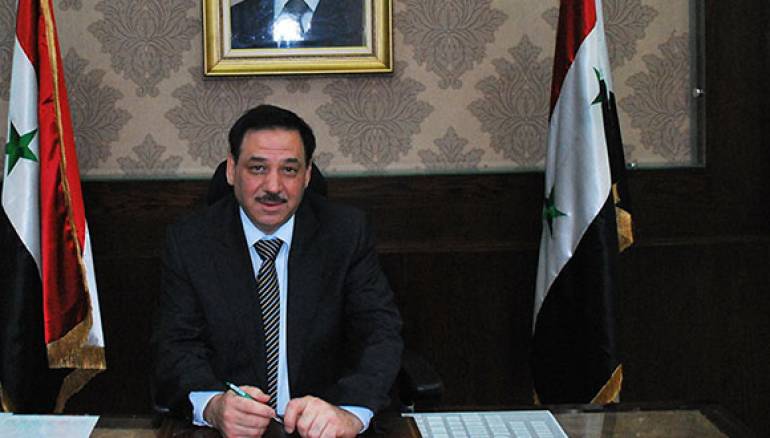 Authorities in Damascus allowed the central bank this month to begin issuing the certificates.

“It has no relation to reserves. This will contribute to enabling the central bank to finance foreign credit line operations and import operations,” Mamoun Hamdan told Reuters in an interview.

He said economic activity had picked up significantly since Russia entered the war on the government side in 2015, but did not put a figure on the increase. “We cannot compare it (the growth rate) because we cannot compare zero to another number.”

In its early stages, the war shattered Syria into a patchwork of areas held by different forces. It has killed hundreds of thousands of people and forced more than half the pre-war population from their homes.

Since Russia’s entry turned the tide in 2015 President Bashar al-Assad’s favour, the government has gradually retaken much of the country, including its major cities, though large areas still remain outside its control.

“The liberation (of areas held by rebels or Islamic State) will bring in vast funds for the treasury. It is true that this (military operation) costs money, but it will economically reactivate these regions,” Hamdan said.

A report by the U.N.’s Arab countries agency ESCWA cited experts as saying the volume of destruction of Syria’s physical capital and its sectoral distribution exceeded $388 billion.

One of the ways military success helped the economy was via upgrades to electricity supplies in areas the government controls. Last year the army recaptured gas fields that produce fuel for power stations.

“Now in Syria in most areas which need electricity, and especially in the industrial cities, there is 24-hour power,” Hamdan said.

He said the relative stability of Syria’s currency during the conflict “gave advantages to investors”.

Hamdan said the certificates of deposit, aimed at domestic banks, would pay 4.25 percent interest for a minimum deposit of $1 million or 1 million euros. Banks will offer lower rates to individuals depositing foreign currency with them.

While Assad’s allies Russia and Iran have invested in Syria, United States and European Union sanctions - which bar all dealings with the government and numerous individuals and companies - have kept most Western companies out.

Calling the sanctions “unilateral and unjust”, Hamdan said they penalised the Syrian people just as much as its government and army.

The U.S. already had sanctions in place on Syria, but has ramped them up during the war alongside the EU, accusing the government of human rights violations, which it denies.