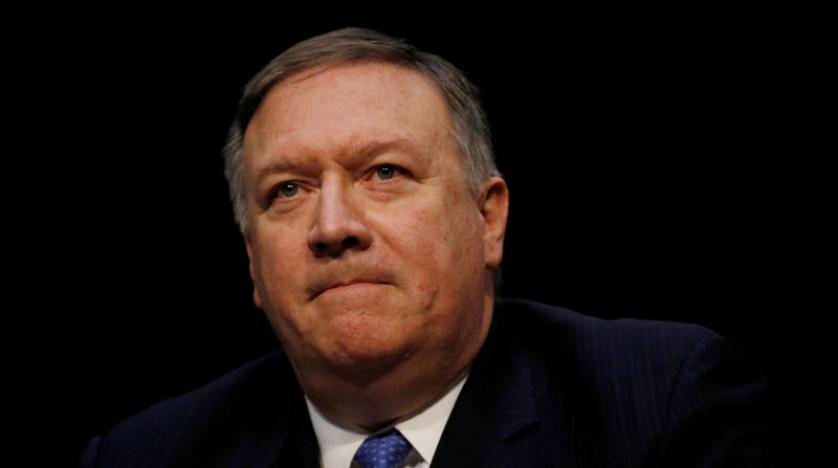 Secretary of State Mike Pompeo must soon make a key decision that could sharply limit U.S. backing for Saudi Arabia’s controversial war in Yemen, where more than three years of fighting have triggered a humanitarian crisis, claims of war crimes and bipartisan anger in Congress.

A bipartisan group of lawmakers inserted a provision in this year’s congressional defense spending bill requiring Pompeo to certify by Sept. 12 whether Saudi Arabia and its military ally, the United Arab Emirates, are taking meaningful steps to reduce civilian casualties, increase humanitarian aid and find a political solution to the Yemen conflict. If Pompeo doesn’t offer the certification, the law prohibits the U.S. from refueling Saudi aircraft.

The pressure on Pompeo reflects growing anger among American lawmakers over the U.S. military role in Yemen, where thousands of civilians have died and millions more face starvation as a coalition led by Saudi Arabia and the UAE battles Iran-backed Houthi rebels. In addition to the refueling, the U.S. has assisted the Arab-led coalition with targeting and supplied it with munitions.

The choice for Pompeo also comes as United Nations officials warn that the Saudis may be committing war crimes. Last month, a coalition airstrike hit a school bus, reportedly with a U.S.-made missile, killing 40 Yemeni children.

The Trump administration has closely aligned itself with the Saudi and UAE governments, and has made combating Iran’s regional influence a top priority. But with international outrage growing — and Democrats widely expected to make gains in the November midterm elections that could lead to new legislative efforts to reduce the U.S. role in the Yemen fight as well as possibly embarrassing hearings, Pompeo faces mounting pressure to act.

“I think we're at an inflection point — because of what’s happening in Yemen and in the U.S.,” said Rob Malley, president and chief executive officer of the International Crisis Group and a former top Middle East adviser to President Barack Obama. “It’s a good time for those who want to see a change of course to up their pressure.”

“We believe America’s national security interests and our humanitarian principles demand that we redouble our efforts to press all parties to end the civil war, protect civilians, and provide full and unfettered humanitarian access,” Sens. Todd Young (R-Ind.), Jeanne Shaheen (D-N.H.) and seven colleagues wrote in an Aug. 29 letter to Pompeo that urged him to comply with the law.

Even if Pompeo determines he cannot certify that the Saudi-led coalition is taking steps to improve the situation, he could still allow for a continued U.S. role by invoking a legal waiver that says it would jeopardize U.S. national security to end support of the Saudi-UAE mission. To do that, however, Pompeo must still detail why he cannot make the certification and what steps the administration will take to rein in the Saudis and Emiratis.

When Trump signed the National Defense Authorization Act in mid-August, he issued a statement that raised concerns about the Yemen provision. Pompeo has given no sign he’ll ignore the provision’s requirements, however.

Pompeo told Congress in May that the U.S. sale of precision-guided missiles to Saudi Arabia and its allies can reduce civilian casualties by enabling more accurate strikes on military targets. And late last month, Defense Secretary Jim Mattis similarly argued that assistance has helped the Arab-led coalition improve its targeting.

The State Department declined to discuss Pompeo’s thinking ahead of the Sept. 12 deadline, saying it would not discuss “internal deliberations.”

The Saudi-led coalition admitted over the weekend that “mistakes were made” in the Aug. 9 bus bombing that killed the dozens of children, expressing its regret and promising to improve its targeting procedures. A CNN report concluded that the bomb used in the Aug. 9 incident was American-made and sold to the Saudis as part of a State Department-sanctioned arms deal.

The Saudi statement may give Pompeo some political cover for a certification. A new round of Yemen peace talks led by U.N. special envoy Martin Griffiths is slated to open this week in Geneva, giving Pompeo another ostensible reason to avoid jolting the process.

In recent weeks, the Trump administration has offered relatively mild criticism of the Saudis’ actions, expressing “concern” about civilian deaths. Meanwhile, the State Department announced last month that Saudi Arabia and the UAE will donate a combined $150 million to help in the stabilization and recovery of parts of Syria — allowing the U.S. to cancel some of its planned spending on Syria and earning those countries goodwill within the Trump administration.

Yemen, an impoverished country of roughly 28 million people, is mired in multiple conflicts involving tribes, terrorist groups, and other parties seeking to gain territory and power.

In spring 2015, Saudi Arabia launched an offensive aimed at pushing out Houthi rebels who had earlier toppled the country’s central government. The rebels have had some backing from Iran, which the Saudis and Emiratis view as a major threat to their influence in the Middle East.

Starting under President Barack Obama, the U.S. agreed to aid the Saudi-led coalition in its quest to re-install Yemen’s ousted government. The Saudis and the Americans originally predicted the conflict would last weeks, perhaps months. That proved mistaken, and some now call Yemen the world’s worst humanitarian crisis.

Civilian deaths resulting from airstrikes led the Obama administration to scale back its support for the anti-Houthi campaign. President Donald Trump has been more supportive of America’s military role, but even his general backing for the Saudi government was not enough to stop him from lashing out at a Saudi blockade of Yemeni ports that cut off desperately needed humanitarian aid.

According to the recent U.N. report, as of April in Yemen, “nearly 17.8 million people were food insecure and 8.4 million were on the brink of famine. Health-care facilities were not functioning, clean water was less accessible and Yemen was still suffering from the largest outbreak of cholera in recent history.”

Officials and researchers fault the Houthi rebels for much of the suffering but also note that, with its exponentially greater power, the Saudi-led coalition deserves the lion’s share of blame.

“Coalition air strikes have caused most of the documented civilian casualties. In the past three years, such air strikes have hit residential areas, markets, funerals, weddings, detention facilities, civilian boats and even medical facilities,” the United Nations report found. The exact number of dead civilians is not known but is thought to be well above 6,500.

The report also found evidence that the Saudis, Emiratis and their allies committed other atrocities, “cruel treatment and torture, outrages upon personal dignity, rape and conscripting or enlisting children under the age of 15 or using them to participate actively in hostilities.”

Both the Houthis and the Saudi-led coalition may have committed war crimes, the report concludes.

A top Emirati official declined to comment, while the Saudi Embassy did not respond to a request for comment.