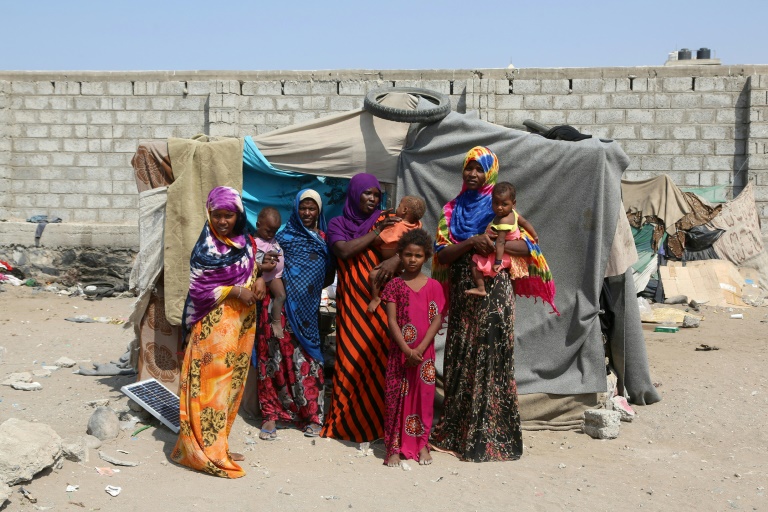 Despite the widespread insecurity in Yemen, over 200,000 migrants – primarily from countries in the Horn of Africa – have transversed the Red Sea to Yemen’s coast in the last two years.

The ongoing conflict in Yemen has resulted in 22 million people needing humanitarian assistance and over two million people displaced. But despite the widespread insecurity in the Gulf country that is well into its third year of civil war, over 200,000 migrants – primarily from countries in the Horn of Africa – have transversed the Red Sea to Yemen’s coast in the last two years.

“An obvious reason that so many people from that region migrate is for better economic opportunities,” says Idil Osman, a research associate and senior teaching fellow at SOAS, to The Globe Post. “But there are also other factors – particularly political unrest and human rights violation by governing bodies and security forces – that has been forcing people to make these extremely dangerous and uncertain journeys.”

In Ethiopia, for instance, political unrest, including a 10-month long martial law that ended in August 2017, as well as human rights violations by security forces, have resulted in tens of thousands of people leaving the country in recent years. Eritrea’s political repression and Somalia’s recurring droughts and ongoing political conflicts have also led to a constant flux of people fleeing.

“Of the millions migrating from the region, the majority move internally or to neighboring countries, while those who can afford to, go upwards to the North African coast with Europe as the final destination,” Osman said. “But hundreds of thousands have also been crossing the Red Sea and heading to the Gulf in the hope to find work in the wealthier Gulf States like Saudi Arabia, UAE, and Qatar – because it is less expensive to get to than Europe.”

And while governments in the region have tried to reduce these irregular flows through regulations, a crackdown on smugglers and border controls, particularly to protect its citizens from abuse, it has only resulted in more migrants taking irregular routes.

“Even the outbreak of war in Yemen in 2015 did not result in any significant decline in migrants coming in from across the Red Sea,” Osman said. “For most countries, the number has remained fairly steady while the number of Ethiopians has actually increased.”

The breakdown of state institutions, policies, and control as a consequence of the war have, in fact, encouraged many migrants to opt for this route.

“They have been convinced – especially by smugglers – that it is very easy to enter, travel through, and exit Yemen right now unnoticed,” Osman said. “Yemen’s situation has created an opportunity for smugglers and traffickers to create and exploit routes in and through the country with little to no consequences.”

And not all migrants who enter Yemen intend to travel through: many, often those who are cut short on funds during the journey, end up staying there and hope to find domestic, low-skilled, or farm work. Some also choose to seek asylum. Somalis, for example, can seek refugee status in the country and, as of 2015, there were almost 250,000 registered Somali refugees there.

But Yemen’s ongoing civil war has resulted in African migrants being detained and tortured by both fighting fractions.

According to a report released by Human Rights Watch in April 2018, the Yemeni government officials have tortured and executed hundreds of African migrants and asylum seekers in a government-run migrant detention center in the southern port city of Aden.

Former detainees told Human Rights Watch that guards beat them with steel bars and sticks, threatened to kill or deport them, sexually assaulted them, and fatally shot at least two men. Many migrants were also reportedly deported by the sea in dangerous conditions.

“Guards at the migrant detention center in Aden have brutally beaten men, raped women and boys, and sent hundreds out to sea in overloaded boats,” Bill Frelick, refugee rights director at Human Rights Watch, said in a statement. “The crisis in Yemen provides zero justification for this cruelty and brutality, and the Yemeni government should put a stop to it and hold those responsible to account.”

Following the release of the report by HRW, Yemen’s Interior Ministry made a statement that it will be removing the detention center’s commander and procedures to transfer the migrants to another location and investigating complaints had begun.

Two detainees that later spoke to HRW said that after the commander’s removal, some of the most severe abuses did stop but authorities have continued to send large groups of migrants out to sea without allowing them to seek protection or otherwise challenge their deportation.

Abdullah, a 26-year-old Somali migrant, registered with UNHCR as an asylum seeker and approached the detention center to look for his cousin who had been arrested earlier.

“The security guard took away my ID card and arrested me for no reason at all,” he told to The Globe Post. “I was raped, tortured, and nearly starved for two weeks.” Abdullah was then released and had his documents returned but was asked to not come looking for anyone detained again.

The Houthi armed group, which controls the capital, Sanaa, and much of northern Yemen, has also detained migrants in poor conditions, according to former detainees.

“Both the Yemeni authorities and the Houthis need to work with the United Nations refugee agency to establish a process that would allow African migrants to seek asylum or otherwise get needed protection,” Frelick added in his statement. “The horrific mistreatment of these vulnerable people only brings Yemeni leaders, whether from the government or the Houthis, into global disrepute.”