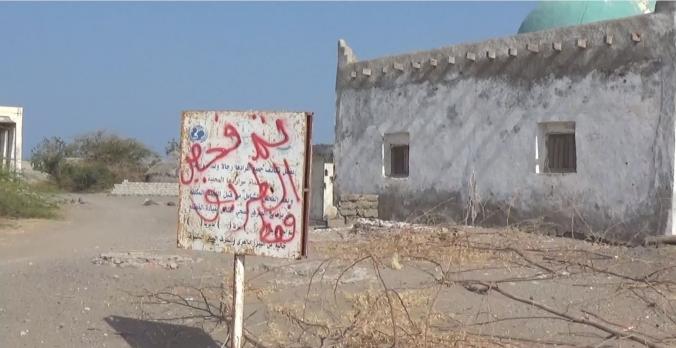 Saudi Arabia and the United Arab Emirates should go beyond supporting mine clearance efforts in Yemen and renounce all use of these indiscriminate weapons by joining the 1997 Mine Ban Treaty, Human Rights Watch said today ahead of a June 13, 2019 seminar on the humanitarian impact of landmines in Yemen.

Since March 2015, Saudi Arabia and the UAE have led a coalition of states that has conducted thousands of airstrikes in Yemen in support of the government against the Houthi, who control much of the country. Saudi Arabia has promoted its mine clearance effort in Yemen, Operation MASAM, as a humanitarian project to clear mines used in Yemen by Houthi and al Qaeda forces. The UAE is investing significant effort to clear mines from Hodeidah governorate and elsewhere in Yemen.

“Saudi Arabia and the UAE hope to burnish their tarnished humanitarian credentials by funding mine clearance in Yemen, but that effort is undermined by their failure to ban all use of antipersonnel mines,” said Steve Goose, Arms Division director at Human Rights Watch and chair of the International Campaign to Ban Landmines. “It makes little sense to spend millions clearing landmines if you insist on the right to use these weapons.”

Saudi Arabia and the UAE are not among the 164 nations that have joined the 1997 Mine Ban Treaty. The treaty came into force on March 1, 1999 and comprehensively bans antipersonnel landmines. It provides the humanitarian framework for their eradication by requiring clearance of mined areas within 10 years, destruction of landmine stocks within 4 years, and assistance to mine victims.

Yemen has joined the Mine Ban Treaty, but Houthi forces have used landmines along the coast, along the border with Saudi Arabia, around key towns, along roads, and to cover retreats. Houthi authorities should immediately cease using these weapons, and credibly investigate and appropriately punish commanders responsible for their use, Human Rights Watch said.

Human Rights Watch has documented about 90 apparently unlawful airstrikes by the Saudi-UAE coalition, which have left explosive remnants. The coalition has also used banned cluster munitions and incendiary weapons.

Human Rights Watch has also called attention to the inadequate safety standards of the landmine clearance program in Yemen as at least 11 deminers have died over the past six months while working to clear mines. Saudi and UAE-funded demining operations should coordinate with Yemeni and international humanitarian demining groups to ensure that information on contamination and clearance is fully shared between all clearance groups.

Around the world, more than 55 million stockpiled antipersonnel mines have been destroyed since the Mine Ban Treaty went into effect. More than two dozen countries have completed mine clearance to become mine-free, but there are still uncleared landmines in 60 more countries and areas. Under the Mine Ban Treaty, the annual number of casualties from landmines and explosive remnants of war has decreased significantly. According to the annual Landmine Monitor report, Myanmar, which has not signed the treaty, is the only country still using antipersonnel mines, while non-state armed groups in at least eight countries use antipersonnel mines, usually improvised mines.

“The ongoing conflict in Yemen is causing a humanitarian crisis and resulting in a deadly legacy of not only landmines, but explosive remnants of war, which threaten lives and limbs,” Goose said. “The dire situation on the ground is making systematic survey and clearance of contaminated areas a huge challenge.”

The Saudi Arabia-led coalition conducting military operations in Yemen has used ground-fired and air-dropped cluster munitions there since 2015, killing and wounding civilians. The cluster munition attacks have resulted in explosive remnants of war, particularly unexploded submunitions, that will threaten lives and limbs for years to come unless they are cleared. Saudi Arabia and the UAE should also take steps to accede to the 2008 Convention on Cluster Munitions, Human Rights Watch said.

Saudi Arabia and the UAE occasionally participate as observers in Mine Ban Treaty meetings but have never stated their views on this topic. Every year since 1997, the UAE has voted in favor of a United Nations General Assembly resolution promoting the Mine Ban Treaty, while Saudi Arabia has consistently abstained.

In the Middle East and North Africa region, Bahrain, Egypt, Iran, Israel, Lebanon, Libya, Morocco, and Syria also have yet to ban landmines.

Human Rights Watch is a cofounder of the International Campaign to Ban Landmines, 1997 Nobel Peace Laureate together with Jody Williams. Human Rights Watch contributes to the Campaign’s Landmine Monitor research initiative, which assesses implementation of the Mine Ban Treaty and adherence to the emerging norm stigmatizing antipersonnel mines.

The Mine Ban Treaty’s milestone Fourth Review Conference will take place in Oslo, Norway on November 25-29, 2019, which is where the Mine Ban Treaty was negotiated and adopted in September 1997. All countries are invited to participate in treaty meetings regardless of whether they have joined.

“Saudi Arabia and UAE should use the platform provided by the Mine Ban Treaty’s Review Conference to announce the steps they will take to join this treaty,” said Goose.

Your tax deductible gift can help stop human rights violations and save lives around the world.