How U.S. Allies in the Middle East are Responding to Rising Tensions with Iran 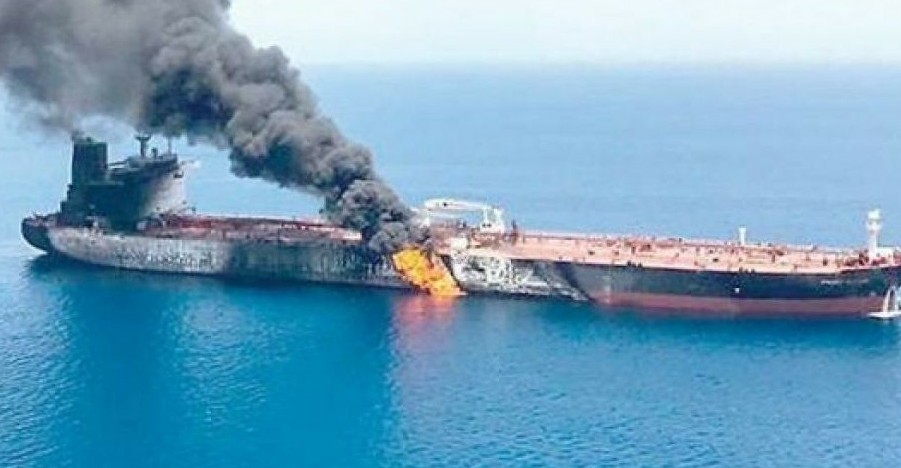 US allies in the Middle East have held back from a full-throated endorsement of Secretary of State Mike Pompeo’s claim that it is “unmistakable” Iran perpetrated a June 13 attack on two oil tankers in the Gulf of Oman.

Despite a grainy video that purports to show Iranian military personnel removing an unexploded limpet mine from the side of one of the two ships attacked, allies in the region and elsewhere remain unconvinced by U.S. claims of Iranian culpability. Like the U.S., Britain’s government has blamed Iran for the attack, while a senior Japanese official dismissed the evidence offered by America as “speculation”; Germany and the U.N. have called for an independent investigation.

But it is in the Middle East where the impact of escalation is likely to be most acute. The prospect of military confrontation appears to have risen again after Iran, which denies responsibility for the tanker attack, announced on Monday that it would breach the limit on its stockpile of enriched uranium set under the landmark 2015 nuclear deal that the U.S. pulled out of last year—despite U.N. inspectors determining Iran had been abiding by its terms. In response to Iran’s stated intent to break with what Trump called “the worst deal in history,” Acting Secretary of Defense Patrick Shanahan announced he had authorized approximately 1,000 additional U.S. troops for “defensive purposes” in the Gulf.

In an interview with TIME the same day Trump called the alleged Iranian attacks “very minor” and cast doubt on the U.S. going to war to protect international oil supplies. But tensions remain high. Here’s how American allies in the region are responding:

“Iranian recklessness has reached unprecedented levels,” Saudi Arabia’s de facto leader Crown Prince Mohamed bin Salman told newspaper Asharq al-Awsat in an interview published Sunday. “The kingdom does not seek war in the region,” he added, “but we will not hesitate to deal with any threat to our people, sovereignty and vital interests.”

Even in the long context of Saudi Arabia–Iran enmity, Bin Salman, known as MBS, has been brazen in his criticism of the Islamic Republic. As defense minister, he dubbed Iran’s Supreme Leader “the new Hitler” and said the regime’s “extremist ideology” made dialogue impossible.

In May, a Saudi newspaper owned by MBS’ brother ran an unattributed editorial urging the U.S. to direct “calculated surgical” airstrikes at Tehran. “Hit them hard,” its editor-in-chief Faisal J Abbas urged on Twitter. Riyadh (like the U.S.) also blames Iran for explosions that struck two of its oil ships in May, and a drone attack on an oil pipeline claimed by Iran-backed Houthi forces in Yemen.

Iran’s foreign ministry on Monday criticized the Saudi leader’s “militaristic, crisis-based approach” and “wrong policies” which it said were responsible for escalating tensions in the region.

The UAE’s top diplomat Sheikh Abdullah bin Zayed Al Nahyan has taken a more cautious line than MBS in his statements on Iran. On Sunday he said the tanker attacks were “state sponsored” but added that at this point “there is insufficient evidence to point to a particular country.” Developments in the Persian Gulf required “wise heads across the region and the world to de-escalate the situation,” bin Zayed Al Nahyan added.

The UAE’s coastline extends about 55 miles along the Gulf of Oman, which leads into the strait of Hormuz, a narrow maritime chokepoint through which about one third of the world’s seaborne oil traffic passes. Iran has previously threatened to close the strait if it is prevented from using it.

Military escalation in the Red Sea, Strait of Hormuz or Indian Ocean poses an enormous threat to the United Arab Emirates, according to Elizabeth Dickinson, an Abu Dhabi-based senior analyst at the International Crisis Group. “Tourism would dry up, the private sector would grow cautious, and the prosperity and stability that has allowed the UAE’s success would suddenly be in jeopardy,” Dickinson says, “with these high stakes, I see zero appetite for escalation and indeed an urgency to find an off ramp quickly.”

Qatar’s working relations with Iran—with whom it shares the world’s largest gas field—was one of the key reasons Saudi Arabia, the UAE, Bahrain, and Egypt’s imposed a blockade against the tiny gas-rich state two years ago. Specifically, Riyadh was frustrated with Doha as the latter didn’t go along with the Saudis’ fervent anti-Iran stance.

But attempts to isolate Qatar have only pushed it closer to Iran, which—along with Turkey, China and Pakistan—has helped it endure its neighbors’ economic stranglehold.

Qatar is in a quandary: its crucial gas exports travel through the Strait of Hormuz, it relies on Iran’s economic support, and yet it hosts the region’s largest U.S. military base. “Any kind of conflagration would put Qatar in a very difficult position,” says Ali Fathollah-Nejad, a political scientist and visiting fellow at the Brookings Institution in Doha. For now, he adds, the messaging has been cautious: “Basically, Doha calls upon all parties to settle disputes in the region in a peaceful manner.”

“Israel is standing on the same front with the United States, moderate Arab states, and with other countries in its opposition to Iranian aggression,” Prime Minister Benjamin Netanyahu told local reporters Monday, adding that the world should sanction Iran if it enriches more uranium than allowed under the 2015 deal.

Netanyahu has long sounded hawkish on Iran. He lobbied European leaders to step away from the nuclear deal, claimed Trump designated Iran’s Revolutionary Guards a terrorist group on his request, and sparked alarm when he issued a (since amended) tweet stating the objective of a meeting with other regional leaders in February was to “advance the common interest of war with Iran”. But he is more cautious when it comes to military action against Iran, which is already engaged in a semi-secret conflict with Israel in Syria.

Although Netanyahu appointed a new military chief of staff in January, the country’s defense establishment has long been skeptical that military force can solve the nuclear threat and maintained that open war poses an extraordinary risk to Israel’s national security.

Tehran sees its Lebanon-based proxy Hezbollah, which reportedly has more than 100,000 missiles pointed at Israel, as leverage against the U.S and the winding down of the war in Syria may give the Shia-militia greater capacity to confront Israel. “You cannot directly respond to big America, so you respond to the little America next to you,“ says Dr. Ehud Eiran, an international relations expert at Israel’s University of Haifa.